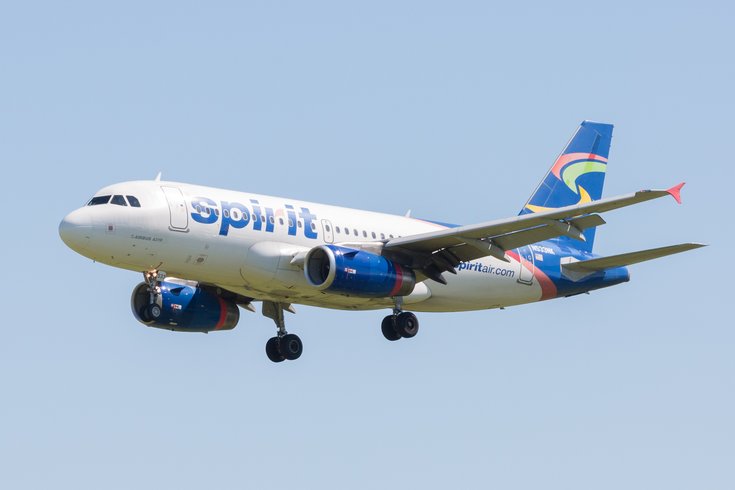 A Spirit Airlines plane lands at the Philadelphia International Airport.

Doing something to get yourself kicked off of a plane is pretty extreme. It implies that you not only violated the airline's policies, but you were enough of a jerk about it that they decided to remove you from a flight despite you having paid for it.

A smart person who has crossed this line might stifle his or her anger, take the walk of shame and hope to negotiate a resolution with the airline that gets a booking on another flight or a refund, at a minimum. An emotional person with no self-control turns it into an embarrassing scene for the internet to mock.

One cranky woman on a Spirit Airlines plane bound for Newark, New Jersey, decided to go out with a bang late last month.

The unidentified woman reportedly was told she had to leave the March 27 flight from Orlando after she refused to turn off her phone. Her argument with the flight crew caught the attention of other passengers, who began booing her and — ironically — used their phones to film her meltdown.

If you don't enjoy vulgar language, be warned that the video below contains lots of it. Also note that the woman proceeds to twerk and encourage those filming her to keep it up.

Some reports have indicated the woman allegedly was drunk during this outburst, which sure would explain a lot. Others say she flashed a member of the flight crew at one point.

The incident surfaced just days after an April 2 run-in on another Spirit Airlines flight in Nevada, where an impatient woman was filmed shouting racist insults after an elderly woman was moving too slowly for her liking.

Not that it should need to be said, but it would be best if these things stopped happening.