Estimated 75 homes evacuated due to blast 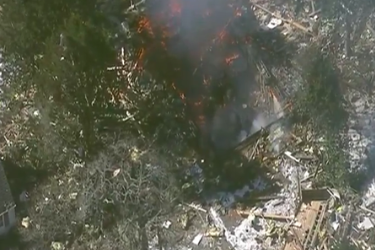 The cause of a gas explosion Tuesday morning in a Stafford Township home was due to a cracked gas main, according to news reports. Fifteen people were injured in the blast.

The leak resulted from a crack in the two-inch gas main running from Oak Avenue to Route 9 near the Garden State Parkway, according to New Jersey Natural Gas spokesman Mike Kinney, the Asbury Park Press reported.

According to the APP:

The gas appeared to follow the path of least resistance to a small water main underneath the basement of the house. The gas ignited from an open flame of the utilities, causing the explosion, Ocean County Prosecutor's Office Al Della Fave said in a statement.

Fifteen people were injured in the blast, which blew the house to smithereens. About 335 homes in the Cedar Run neighborhood were left without power after the gas explosion Tuesday morning, Stafford Mayor John Spodofora said.

New Jersey Natural Gas began working Wednesday to get gas turned back on at those homes.