The judge ordered a seven-day hiatus on the work even though state officials argued it would cost $100,000 a day.

Judge Julio Menendez called pictures of the ponding caused by the Army Corps of Engineers "horrendous and alarming."

He ordered the state, the Army Corps of Engineers and city officials to meet and find a solution, according to Margate City Commissioner Maury Blumberg. He said the judge seemed "taken aback by what he saw." 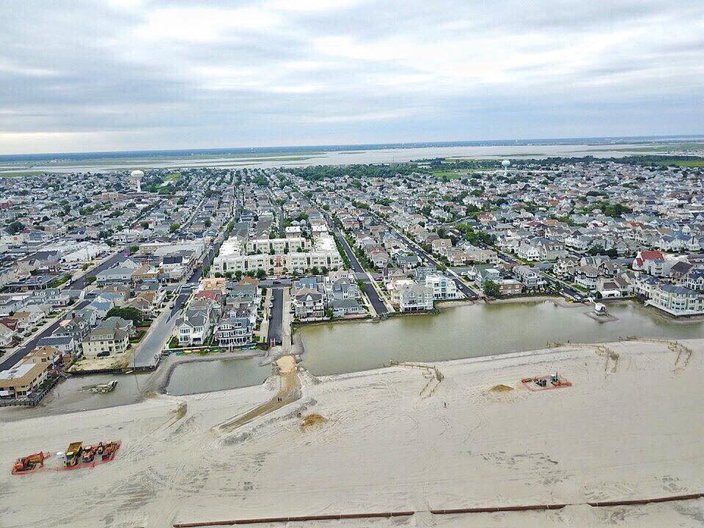 A drainage system might cost about $10 million, according to Blumberg. The project already has a price tag of $63 million.

The dune building caused huge ponds of water to form between homes and the dunes; a contractor for the Corps contractor has spent days piping the water into the ocean.

The ocean water was tested and deemed safe, Atlantic County health officials said Thursday. One of three samples taken previously from ponded water showed bacteria which forms due to contamination with feces.

"We finally have their attention. We're not just going to take what they give us," said Blumberg, adding the Corps and the DEP should do some "soul searching."