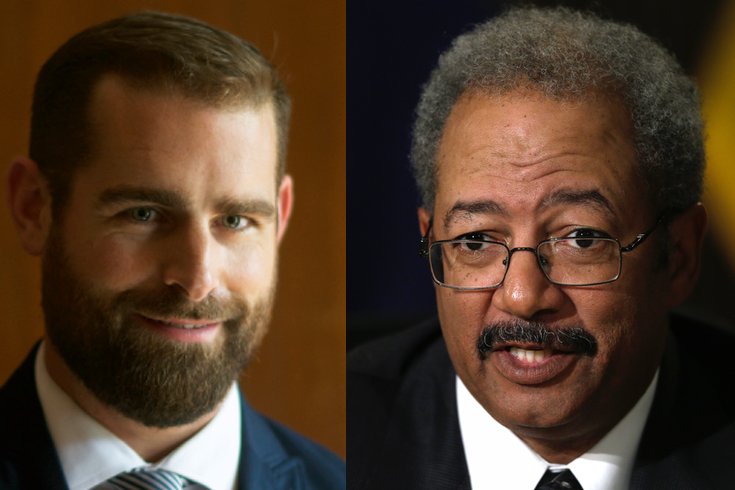 Brian Sims (L) is challenging Chaka Fattah (R) for his seat in Congress.

A local State Representative announced Tuesday that he is challenging Chaka Fattah for his seat in Congress.

Rep. Brian Sims, who represents the 182nd District which covers a portion of Center City Philadelphia, will challenge the long-serving U.S. Rep. Fattah in the Democratic primary.

Fattah, who was hit with racketeering charges in July along with four associates, has held the office representing the 2nd Congressional District in Philadelphia since 1995.

Sims was elected to his current office in 2012, becoming the first openly gay person to serve in the Pennsylvania General Assembly.

In a video announcing his candidacy, Sims targets the "racism" of the Republican presidential candidates and focuses on issues such as workplace discrimination and the "bloodshed in our streets."

One of the biggest issues Sims has advocated for in his short tenure is LGBT rights. In 2013, he wanted to make a speech applauding the U.S. Supreme Court ruling the Defense of Marriage Act unconstitutional.

However, he was blocked by a number of his colleagues, including Republican Daryl Metcalfe of Butler County. Metcalfe cited "God's law" as his reasoning. Per The Huffington Post:

Fattah, who has claimed innocence since charges were brought against him, thinks he can handle the challenge. Per CBS Philly:

“I think that it will be great that the voters of the district will have a chance to have their voices heard,” Fattah says, “and I have every confidence we’ll get an opportunity to continue to do our work in Washington.”

In 2014, Fattah ran unopposed in the Democratic primary and defeated Republican Arnold James in the general election by a large margin.