Stephen A. Smith brings 'First Take' to Wilmington with bullish outlook on Sixers

ESPN host is this year's ambassador for HBCU Week 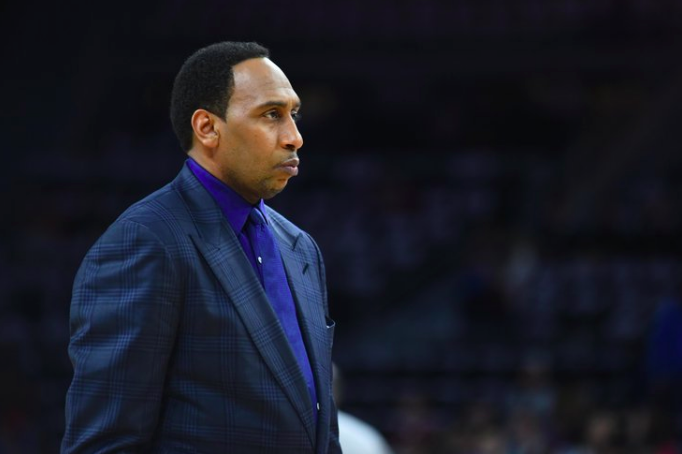 ESPN's Stephen A. Smith will host "First Take" at the 76ers Fieldhouse in Wilmington for HBCU Fair on Sept. 20, 2019.

When Stephen A. Smith, Max Kellerman and crew go live for Friday's episode of "First Take," they'll be shouting and arguing at the state-of-the-art 76ers Fieldhouse in Wilmington.

The ESPN host and former Sixers columnist is this year's ambassador for HBCU Week, an event designed to celebrate historically black colleges and universities by providing enrollment and scholarship opportunities to rising high school seniors.

Smith attended Winston-Salem State University and got his first newspaper job at the Winston-Salem Journal. He was invited to take the ambassador role after he delivered a keynote speech at February's annual HBCU banquet in Wichita.

"The opportunity to tackle an event like this where you're bringing attention to HBCUs, the importance of them in giving African-Americans in our communities an opportunity to attend, and also heighten their profile, these are all great, great causes," Smith told PhillyVoice ahead of the HBCU College Fair on Friday.

There is no inflammatory Stephen A. take. Not all of my takes are inflammatory. Sometimes I can be very, very complimentary. When it comes to the Philadelphia 76ers, I got one for you: I believe they should be the favorites to come out of the East and go to the NBA Finals — Stephen A. Smith

Twenty-five HBCUs will be in attendance, from local Delaware State University to Howard, Spellman, Morehouse, Hampton and Norfolk State. They'll compete over the weekend in a battle of the marching bands, among other intercollegiate activities.

High school seniors who show up with a transcript and relevant SAT/ACT scores will even have a chance to be enrolled and offered scholarships on the spot.

"The second I went to ESPN and told them I want to bring 'First Take' to the event, there was zero hesitation. They immediately said yes, literally in the span of one second," said Smith, who believes the network's support sends an important message to those in attendance.

"I'm incredibly honored to do this show and be in a position where I can have a positive impact giving back to the community," Smith added.

Smith has two recognizable modes: shouting at the top of his lungs (either stridently or to lament the state of the New York Knicks) or somber intonation and recitation of his point of view. Most of this interview featured the subdued Stephen A., but we had to ask for an inflammatory take about the Sixers.

The problem is, years after the worst of The Process, greatness is no longer inconceivable.

"There is no inflammatory Stephen A. take," Smith said. "Not all of my takes are inflammatory. Sometimes I can be very, very complimentary. When it comes to the Philadelphia 76ers, I got one for you: I believe they should be the favorites to come out of the East and go to the NBA Finals."

Smith pointed to the acquisition of Al Horford as the key to the Sixers entering a new gear this season, enabling them to stagger minutes with Joel Embiid and keep their franchise player healthy. His only immediate concern — one shared by many Sixers fans — is the departure of JJ Redick to the New Orleans Pelicans.

"He's pretty damn elite at what he does when it comes to shooting the basketball," Smith said. "I think he's somebody that's going to be sorely missed."

With Toronto weakened by the exit of Kawhi Leonard and Milwaukee exposed in last year's playoffs — the Sixers' size should favor them against Giannis Antetokounmpo — Smith sees Boston as the team's greatest adversary in the Eastern Conference.

"Boston is a better perimeter shooting team and even with Kyrie Irving gone, they now have Kemba Walker," Smith said. "But I think the Celtics' loss of Al Horford is going to prove to be the difference."

First Charles Barkley, now Stephen A. Smith. The Sixers will enter the season with the highest expectations they've had in years.

At Friday's show, which runs from 10 a.m.-12 p.m., Smith will be joined by NBA Hall of Famer Magic Johnson and other guests. More than 4,000 fans and students are expected to attend the free and public event.