Steve Mason won't be returning to the Flyers, according to reports 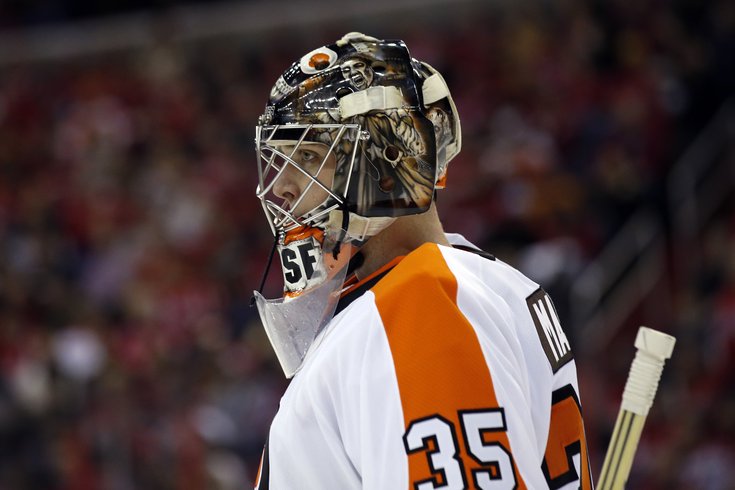 Steve Mason reportedly won't be back next season.

Steve Mason's time in a Flyers uniform is over, according to multiple reports.

As first reported by Sam Carchidi of The Philadelphia Inquirer and later confirmed by CSNPhilly.com's Tom Dougherty, the free agent goalie will be signing elsewhere this offseason after four-and-a-half seasons with the Flyers.

BREAKING: Steve Mason's agent confirms his ship has sailed away from the #Flyers and he will play elsewhere next season. Story coming.

Earlier this year, the Flyers signed Michal Neuvirth, who is also 29-years old and played more of a backup role to Mason than he did as part of a tandem, to a two-year extension and opted to allow their starter to enter free agency.

Now, unless they add a goalie in free agency, the Flyers will enter next season with Neuvirth, who has started more than 30 games in a season just once in his career (2014-15), and 23-year-old Anthony Stolarz, who has just four career starts under his belt, as their two goalies.

From the outside, it would appear that the Flyers are almost ready to turn to their young goalie like Stolarz and Carter Hart but don't want to throw them to the wolves without some protection. That's where Neuvirth comes in.

On a two-year deal, he should serve as a stop-gap of sorts until these young guys prove they're ready to be a starter, perhaps as early as next season or even later in the 2017-18 season. Then, when Neuvirth's deal is up, he could try testing free agency or, since he'll be 31 by then, he could re-sign with the Flyers for backup money and continue to help in the development of some promising young goalies.

In the meantime, however, he's on a relatively short deal and his cap hit won't be prohibitive.