Storylines to watch for Sixers at Summer League 2022

If you are finally ready to stomach watching basketball after another second-round exit for the Sixers, I have some good news for you. Philadelphia has a decent Summer League outfit about to start a run through Utah and Las Vegas, and though Summer League basketball often spirals into chaos, there are at least a few storylines with real implications for the big club this summer.

Before the Sixers tip-off their opener in Salt Lake City, let's dive in.

Jaden Springer, one year in

If you're a second-year guy at Summer League, particularly a second-year guy who was drafted in round 1, there's a reasonable expectation you should be cleaning up against the competition. It's not a death sentence for your career if you don't, but it makes your parent club feel much better if you dominate against the next crop of players to enter the league and any other holdovers still fighting for spots. Looking back a year ago when he dominated Summer League during a brief stint in Vegas, Tyrese Maxey's breakthrough season looks a lot more obvious.

Expectations should be lower for Jaden Springer, who is still just 19-years-old despite being in the league for a full season. Unlike Maxey, who was in the rotation enough to feature in their playoff run during his rookie season, Springer spent all of last season in the background, developing in the G League and learning what it takes to be a pro. But now is the time you'd hope to see some of what he has been working on with the Blue Coats, and what he might be able to bring to the table if he's asked to step in.

The running theme for Springer in Vegas last year was slow starts and stronger finishes, the rookie adjusting to the flow of the game as time wore on. Outside shooting was ugly at times, and that problem was compounded as Springer struggled to find a way to get to the rim consistently. There were and are real questions about his handle — Springer is adept at using strength to power through a guy or create separation from a defender, but his wiggle and burst with the ball in his hands left a lot to be desired. On the positive side, his defensive instincts were excellent from the jump, and that gave him a way to influence games even when he struggled to make things happen on the other end.

Springer was an effective scorer but not much of a shooter in Delaware last season, and that's the biggest hurdle standing between him and a shot to get minutes. The Sixers have a group of guards (Grant Riller, Cassius Winston, Myles Powell) that should allow Springer to play in an off-guard role for most, if not all of his time in Summer League, so his ability to hit catch-and-shoot threes should be put to the test.

Is Charles Bassey ready for a consistent role?

Not to get too hung up on last season, but I am still pretty shocked that Charles Bassey never got a chance to play with James Harden. His late-season injury obviously didn't help matters, but Bassey was perhaps the most logical fit behind Embiid once the Sixers picked up James Harden. Bassey has the profile of a guy who Harden has made look very good during his career, a rim-running finisher who can wipe opponents out with screens to put defenses in no-win situations.

Harden isn't walking through that door in Vegas — not to play basketball, anyway — but Bassey has a great opportunity to plant his flag and give the organization a reason to pay attention to him heading into the year. Insofar as you can use G League stats as an indicator of a player's readiness, Bassey flat-out dominated with the Blue Coats last season, posting averages of 18.9 points, 10.2 rebounds, 3.4 blocks and 1.1 steals per game while shooting nearly 65 percent from the field. He did everything you could have hoped for at that level, owning the paint at both ends.

To this point, the Sixers have opted not to sign a veteran big man, and if some in the organization had their way, it would stay that way the rest of the offseason. Opinions are not necessarily aligned on the subject, but there is a sense that the Bassey/Paul Reed combo may be good enough to hold down the fort behind Embiid this season, or at least that they deserve a chance to show what they have and develop behind the MVP candidate. With Reed, the Sixers have already seen that he's capable of playing competitive postseason minutes, so Bassey is the man with much more to prove this summer.

(On the subject of Reed — I thought he was a semi-surprising inclusion on the Summer League roster, though it will give him a chance to show off his versatility a little bit. Reed at the four is not a future I really believe in unless he shows considerable growth and increased comfort with his jumper, but this is a low-stakes setting to toy with the idea more. He has the length and athleticism for the team to use him in creative ways on defense.)

In an ideal world, you might see more versatility from Bassey as a defender this summer. Playing up at the level in pick-and-rolls has been an issue for him dating back to his amateur days, and while simply being a good drop defender would make him a fine backup center, adaptability is king. Otherwise, you'd just hope to see more of the same from the G League campaign.

Normally, I wouldn't pay much attention to a 25-year-old player who signed a contract that is only partially guaranteed for the first year of the deal. Trevelin Queen just happens to be a unique case, and his partial guarantee of $300K is a good bit larger than most guys would get in the same circumstances.

Last year, Queen was the best player on the G League's best team, taking home a ton of hardware in the process: G League MVP, G League Finals MVP, First Team All G League, First Team All-Defense, and a G League title. His impact was felt in all areas of the game, with Queen scoring over 25 points per game, dropping 5.2 assists per night, and earning 3.2 steals per night. The outline of an NBA contributor is there, as any guy with wing size who can score and be a playmaker for others is going to get a long, hard look from NBA teams.

Stop me if you've heard this before, but the shot is going to be critical for Queen. Dating back to Morey's time overseeing the Rockets and Queen's former G League club (the Rio Grande Valley Vipers), the Houston affiliate has embraced the outside shot as much as any basketball team in the world, getting up jumpers at a prolific rate. Queen was not shy about getting looks up last year, attempting a whopping 9.9 per game, but he only made about a third of those shots, profiling as a streaky scorer rather than a consistent outside threat.

In a setting where he often had the ball in his hands, that was a fine way for Queen to make a living, but he is going to be low in the pecking order if he gets a chance to stick with the Sixers. His ability to fit in as a complementary piece is what's in question, and for Queen to prove that to the Sixers, he's going to have to show comfort toggling between roles between now and the start of the NBA season in October. Balancing responsibilities as a creator, cutter and spot-up guy is the mission for Queen this summer, and he has everything to play for.

Despite a lot of begging from fans to throw him into the rotation, Isaiah Joe has been on the fringes of the rotation at best the last couple of years. And if Queen is somehow able to make the roster in the fall, it seems relatively likely that it will be at the expense of Joe, who has the least cache of Philadelphia's young bench group.

There's good reason for that — while Joe has frequently impressed in preseason and Summer League opportunities, he has struggled to make any sort of consistent impact in games that matter. The sore spot has been his jumper, because as good as it looks coming out of his hands, Joe has been an average-or-worse shooter for most of his recent basketball history. Save for the outlier freshman season at Arkansas, where he knocked down over 41 percent of his triples on high volume, his reputation has been superior to the results. To make matters worse, Joe's ability to get to the paint and score has been almost nonexistent through the first two years of his career. Though he has shown off secondary creation skills and defensive toughness in less competitive environments, he has looked overmatched in spot minutes for the Sixers.

It's fair to point out that it's tough to get a rhythm when your chances to play are few and far between, but if Joe had flashed at some point over the past two years, he's not spending his summer in Salt Lake City and Las Vegas. Competition for minutes in the backcourt and on the wing is stiffer than it has ever been in Philadelphia, and it's tough to point to one thing the Sixers could count on as a nailed-on contribution from Joe if he was asked to step into the rotation. He has competed hard and by all accounts works hard, but this is a results business.

Joe's task is pretty simple, word to an "I Think You Should Leave" classic: 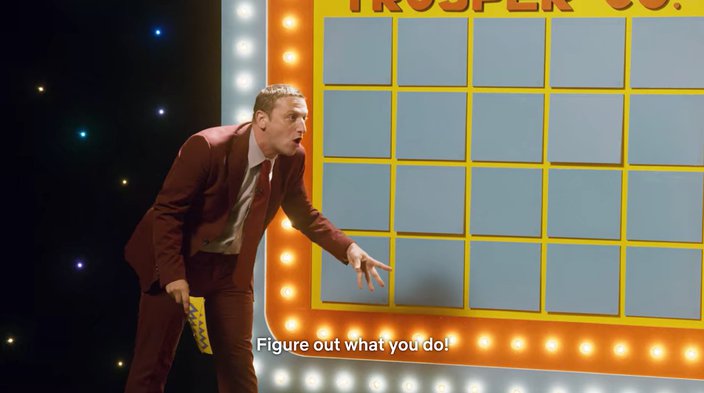 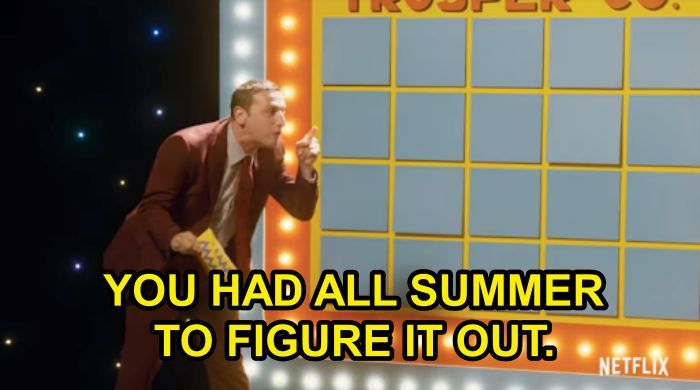 If he doesn't shoot the lights out this summer, Joe and his non-guaranteed salary for this season might end up on the chopping block.