Unlike the earlier phase of this pilot program, people will need to move their cars or risk being ticketed by the parking authority – eventually 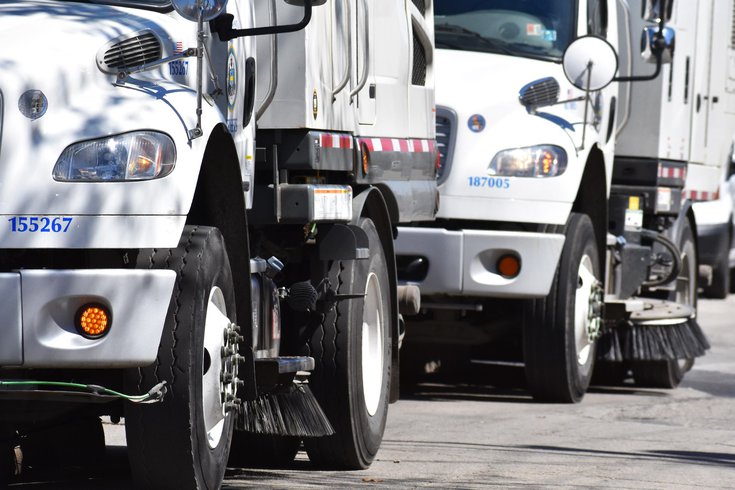 Street cleaning resumes on Aug. 9, 2021, in four selected neighborhoods of Philadelphia. Resident who do not move their cars will be issued warnings for the next several months before being ticketed.

Philadelphia will resume its street sweeping pilot program on Monday, Aug. 9, and unlike when it was in operation before the pandemic, now residents will have to move their cars to make way for cleaning crews and their machinery.

Beginning next week, streets will be cleaned in four neighborhoods on designated days, and city officials said they will gradually expand to 10 more sections of the city. For now, street sweepers will target the following areas, which according to city data have the highest concentrations of litter in Philly:

Cleanings will take place once a week on Mondays through Thursdays until the end of November, according to city officials. Residents in the first four neighborhoods and those neighborhoods being added in the coming months need to look for no-parking signs being posted that designate the time and day their streets will be swept.

On every block, the city is scheduling two-hour windows for crews to clean each side of a street. Those times will be posted on the no-parking signs and will be 9 a.m. and 11 a.m.; 11 a.m. and 1 p.m.; or 1 p.m. to 3 p.m. Opposite sides of the street will be cleaned during different two-hour windows.

People who do not move their cars during no-parking hours initially will be issued warnings by the Streets Department's SWEEP enforcement officers from August through November. Next year when the program resumes the Parking Authority will enforce street sweeping parking restrictions and write tickets with fines for $31 for those who fail to move their vehicles.

"The Mechanical Street Cleaning Pilot Program is part of the City of Philadelphia's commitment to reduce trash and litter conditions in the City's most vulnerable communities," Managing Director Tumar Alexander said. "The areas selected have been identified as requiring additional city services to supplement cleaning efforts."

This cleaning season is the second phase of a pilot program that started in 2019 and was interrupted by the COVID-19 pandemic. Funded in part by a $62 million investment in street cleaning over five years, crews will utilize equipment ranging from mechanical brooms to sidewalk sweepers, trash compactors, push brooms and even leaf blowers for streets that are too small for sweepers to maneuver.

"The city's densely populated neighborhoods present challenges when relocating vehicles. The areas can be tight and finding parking spots can be challenging," Streets Commissioner Carlton Williams said. "Therefore, relocation of vehicles will be selected based on the size and density of each block."

Mayor Jim Kenney promised to make street sweeping a citywide endeavor when he campaigned for office in 2015, and his office said COVID-19 pandemic has slowed the timeline to expand it citywide by 2023, the Inquirer reported.

On Monday, officials billed this upcoming months of cleaning as the "beta phase."

Street sweeping will expand to parts of these 10 neighborhoods next, but city officials did not provide a timeline for when cleanings will begin in the areas:

"We want to make sure routes are completed and adjust logistically over the next couple of months to ensure we're delivering service as promised," Williams told WHYY.

A city report published in February 2020 found that its initial round of street cleaning – from April through November 2019 – led to less trash in the six targeted neighborhoods: West Philadelphia, Southwest Philly, Kensington, Strawberry Mansion, Logan and South Philly.