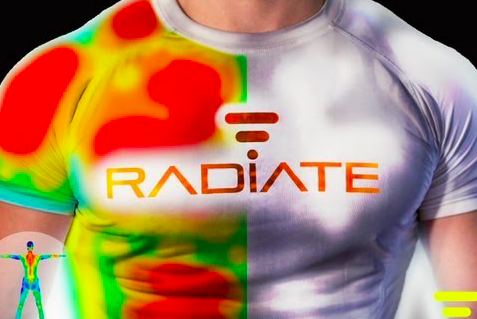 Radiate Athletics failed to deliver shirts to thousands of customers who backed the product on Kickstarter.

A West Chester-based athletic apparel company once regarded as a Wall Street Journal "Startup of the Year" reached a settlement in a consumer complaint Monday over its failure to meet the lofty promises of its Kickstarter campaign, Pennsylvania Attorney General Josh Shapiro announced.

Radiate Athletics launched its crowdfunding campaign in 2013 with an initial goal of $30,000 to produce a line of workout shirts that change color in response to body temperature.

"The Radiate shirt finally allows us to see calories as they burn, muscles as they reach their maximum output, vascular activation and body temperature as it increases in key areas of your body," owner Kenneth E. Crockett Jr. promised in the campaign, claiming the shirt offered an interactive experience unique to each person's biochemistry.

An avalanche of interest in the shirts, valued at $35 apiece, pushed the Kickstarter campaign way beyond its goal, netting the company $579,000 from 8,556 backers.

The demand was too high for Radiate Athletics to meet its obligations.

“I was surprised at how quickly the campaign was getting traction and due to how much the goal was exceeded, it seemed more likely to be valid and a good product moving forward,” said Josef Oggier, a backer from Mechanicsburg, according to a statement from the attorney general's office. “For a while we were getting updates, but then deadline after deadline was missed and then we just stopped hearing from Kenny."

Complaints about defective and undelivered shirts rolled in almost immediately. More than 10,000 comments have racked up on the Kickstarter page over the past several years.

“This company has to be the biggest Kickstarter ripoff failure ever," a typical commenter wrote.

Others wrote they had been waiting years and have still received their shirts.

Former Attorney General Kathleen Kane directed the Bureau of Consumer Protection to file a lawsuit against Radiate and Crockett in Chester County in 2015, alleging the company was in violation of the Pennsylvania Unfair Trade Practices and Consumer Protection Law.

Under the terms of the settlement announced Monday, Radiate is required to deliver the shirt this month to about 1,600 consumers who have already paid but not received it. The company must also pay $2,437 in restitution to customers who received defective shirts.

Crockett Jr. is also required to pay civil penalties and costs totaling $10,000 to the state of Pennsylvania.

“This settlement with Radiate is about protecting consumers from scams, no matter the dollar amount,” Shapiro said in the statement. “We’ll fight to protect consumers ripped off over a $35 shirt just as we held Volkswagen liable for $30 million in environmental damages.”

If you were scammed by Radiate Athletics but not included in the settlement, complaints filed to the Bureau of Consumer Protection before June 2, 2017, will be considered for inclusion in the final restitution paid by Radiate. More information can be found here.