Find the perfect spot to watch the spectacular display 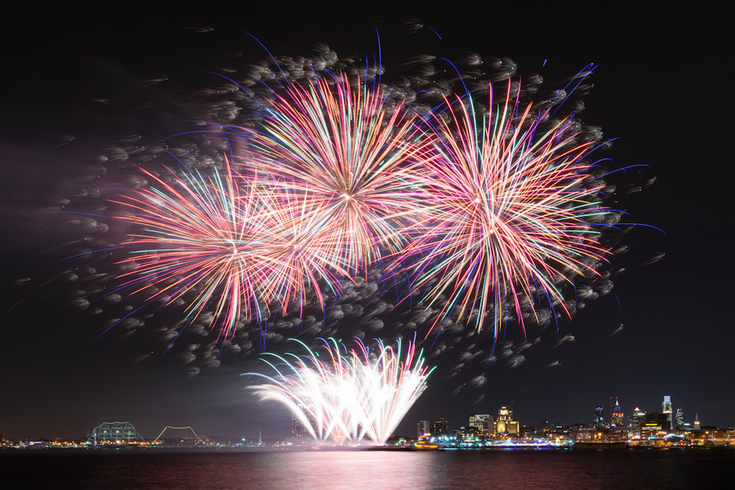 Fireworks on the Delaware River Waterfront.

To end the year, there will be two free fireworks shows over the Delaware River Waterfront, sponsored by SugarHouse Casino.

Catch a show at 6 p.m. and at midnight, both synchronized to musical soundtracks played live at the casino, Penn’s Landing and on KYW Newsradio. The early show will also be broadcast live on NBC10.

The shows, which can be seen for miles in all directions, use almost 8,000 pounds of explosives.

This year's 6 p.m. show is titled, "The Fire Within." Its theme aims to evoke emotions in saying "Goodbye!" to 2017 and welcoming in the new year.

As for the midnight display, titled, "Reach for the Stars," it's inspired by "the presence of the stars and the fantasy of what lies beyond," according to a press release. There will be music from "Star Trek," "A Space Odyssey" and "Star Wars."

Across the river in Camden, N.J., view the show from Wiggins Park or Adventure Aquarium.