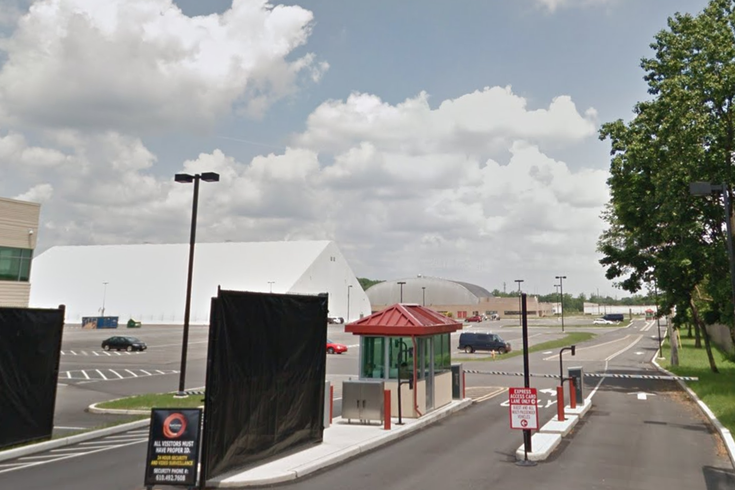 A view of the entrance to Sun Center Studios.

The proposal application from Sun Center Studios proposes indoor and outdoor attractions, retail, dining, live entertainment, a 175-unit hotel, and a parking garage, according to the Philadelphia Business Journal.

The proposed park wouldn’t be a theme park in the roller coaster mold, however, the Business Journal reported. The park would be based in large part on the experience of visiting a major television and movie studio.

Projects that qualify for filming with Sun Center Studios receive a 30 percent tax credit, similar to the way states like states like Georgia have turned the film industry into a major economic boon. Sun Center Studios has hosted filming for movies like “Creed”, “Untouchable”, and “After Earth”, among others, since opening in 2011.

Sun Center Studios owner Jeffrey Rotwitt, a Philadelphia real estate lawyer, discussed back in 2017 his plans for “a large outdoor concert venue, themed retail shopping and a hotel”, along with “an indoor Disneyland-like tourist park”.

“We’ve done our research and we feel ready to begin,” Rotwitt told Delco News Network at the time. “The East Coast is ripe for this type of attraction. Our tourist attraction will have the most advanced technology in the world, not because we’re the smartest, but because we started later and are only now building this.”

The theme park and attractions would be built on 25 acres near the studios’ current facilities, which currently take up roughly 70,000 square feet in Delaware County, the Business Journal reported.

Sun Center Studios is reportedly seeking $7.5 million in taxpayer-backed funds from the state’s Redevelopment Assistance Capital Program, according to the Business Journal.