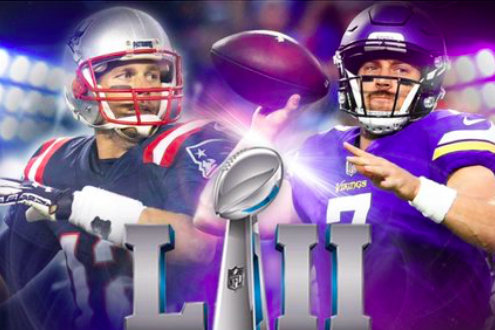 Screenshot of NFL's promotional ad featuring premature matchup for Super Bowl LII in Minneapolis. The NFL later removed the post without an explanation.

Overly excited Eagles fans have always been advised to contain their confidence, support the team and let the chips fall where they may.

Someone needs to remind the NFL there still are two games to be played on Sunday before any of us know who's traveling to Minneapolis for Super Bowl LII on Feb. 4.

Fans around the country took note of a fishy post that surfaced on the NFL's official Facebook page on Tuesday.

For years, NFL fans have relentlessly insisted that the league either favors the Patriots, lets the Patriots off the hook for cheating or launches investigations into New England's alleged cheating long after it has any relevance to the result on the field. This does not look good.

Could it be that the NFL has rigged this weekend's games? NBCSportsPhilly speculates that one of the league's marketing employees accidentally posted a mock-up of the promotional copy earlier than it should have gotten out.

Gross incompetence sounds fairly plausible, but if it's true, the NFL should have no problem sharing mockups of the other matchup permutations involving the Eagles and Jaguars. Surely, if the NFL took the time to make a Patriots-Vikings promo, it would make sense for them to be ready for all of the possibilities by the end of the coming weekend.

Screenshots of the comments on the NFL's Facebook post — which has since been deleted — show that some fans were less than pleased with the NFL's insinuation. Even if the games aren't rigged, it sure seems like the NFL is expecting the game to be Patriots-Vikings.

The league has yet to offer an explanation for the promo, which gives Philly fans all the more reason to bring out the underdog masks for Sunday's game.