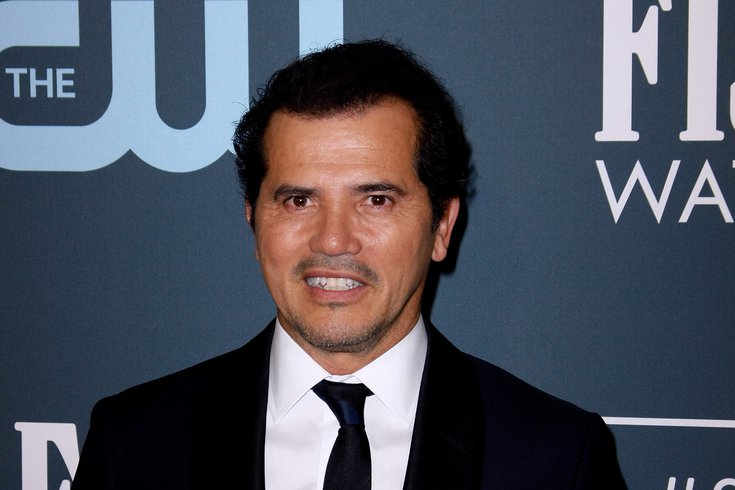 John Leguizamo, who played Luigi in the 1993 action-comedy 'Super Mario Bros.,' was critical of the lack of diversity among the voice actors cast for Nintendo's recently announced animated reboot.

Nearly 30 years have passed since the live-action "Super Mario Bros." movie took the Nintendo classic to the big screen.

It was a resounding dud that was largely panned by audiences and forsaken by the cast in subsequent years, though it enjoyed a period of regular play on TV that gave it longevity, if nothing else.

One of the few memorable roles in the 1993 film was John Leguizamo's Luigi, whose portrayal as the loyal sidekick plumber actually made him out to be a likable kid brother to Bob Hoskins' grumpy Mario. (As an aside, director Rocky Morton badly wanted Danny DeVito to play Mario, and his script had originally called for a dark sci-fi take on the video game premise before it got a watered-down treatment).

Fast-forward a few decades and the Super Mario franchise, arguably more popular than ever, is getting a film reboot in the form of a 3D-animated movie with a star-studded cast of voice actors.

The cast for the animated ‘SUPER MARIO BROS’ movie includes…

Nintendo Direct, Universal and Illumination, who are teaming up for the new movie, explained the casting decisions as a reflection of the characters.

"Each voice actor was cast for their ability to capture the unique spirit of their character," the team behind the film said last week.

Fan reaction to the movie's casting has largely been a mix of surprise and criticism — particularly the choice of Chris Pratt as Mario — but there's also been a fair amount of excitement about Charlie Day's role as Luigi and Jack Black's selection as Bowser.

Leguizamo revealed this week that he's happy "Super Mario Bros." is getting a reboot, but he's upset by the "all white" cast and the missed opportunity for a more representative group of actors.

So glad #superMariobros is getting a reboot! Obviously it’s iconic enuff. But too bad they went all white! No Latinx in the leads! Groundbreaking color-blind casting in original! Plus I’m the only one who knows how to make this movie work script wise! pic.twitter.com/lNokmdpwMq

While Leguizamo might have liked to see more diversity in the "Super Mario Bros." cast, his criticism that it's "all white" isn't accurate. Keegan Michael-Kay will capture the nervous enthusiasm of Toad and Kevin Michael Richardson will play Bowser advisor Kamek.

Additionally, Anya Taylor-Joy, who spent the early part of her life in Argentina, identifies as a white Latina. Her status led to a Golden Globes controversy earlier this year when she was incorrectly described as a woman of color.

Those roles notwithstanding, the frustration shared by Leguizamo has been echoed in the past year by critics of other animated projects, including the Netflix comedy series "Big Mouth." Jenny Slate and Kristen Bell both apologized for voicing biracial characters on the series and resigned from their roles.

Even "The Simpsons," which has long been maligned for its stereotyped portrayal of Apu, faced renewed scrutiny this year that led to an apology from voice actor Hank Azaria.

Given the overall star power of the "Super Mario Bros." cast, it's not as if A-list actors of color would have been out of the movie's reach. Nothing against Fred Armisen, but Cranky Kong is a role that screams for someone like Samuel L. Jackson, to throw a name out there.

A number of more minor characters — or those who don't really speak words, like Yoshi — haven't yet had voice actors announced. Charles Martinet, who voices Mario and other characters in the video game franchise, will appear in "surprise cameos" for the upcoming film.

The "Super Mario Bros." reboot is slated for a release on Dec. 21, 2022, making it an inevitable holiday blockbuster that Nintendo fans will hope is joined by some kind of new video game release. Given the hype that will build over the coming year, there also will be a fair amount of fan scrutiny as information about the movie trickles out.

As long as the animation isn't screwed up the way it was in the run-up to "Sonic The Hedgehog," then "Super Mario Bros." will have won half the battle. Despite the hiccups, "Sonic" was a box office hit and will have a sequel out next year in which Idris Elba has been tapped to voice Knuckles.

If Nintendo can do better than its 1993 flop, it may have a franchise in the making that could be interwoven into the gaming space for future console releases.