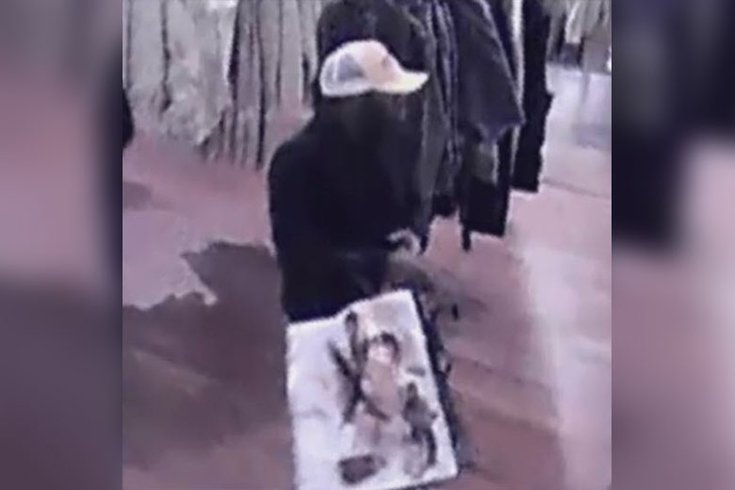 Police are looking to identify and locate the suspect accused of robbing Barney’s New York in Rittenhouse.

Police are seeking the public's help in finding a suspect wanted in a robbery in Rittenhouse.

In surveillance video released by police Wednesday, an unknown male suspect can be seen inside the Barney’s New York on the 1800 block of Walnut St. on Dec. 12 at 4:40 p.m.

The suspect selects several high-end purses from the shelves. He then approaches the store’s security guard and manager and uses Mace to incapacitate them before fleeing the store with approximately $10,000 in merchandise, police say.

Authorities say security cameras captured images of the offender shoplifting on the second floor of the store.

Police describe the suspect as a 6-foot-tall black male in his mid-20s, with a medium build, wearing a dark-colored jacket, blue jeans, baseball hat and blue and white sneakers.