Talking Tactics: How to play the Union's 'kids' without sending lambs to the slaughter 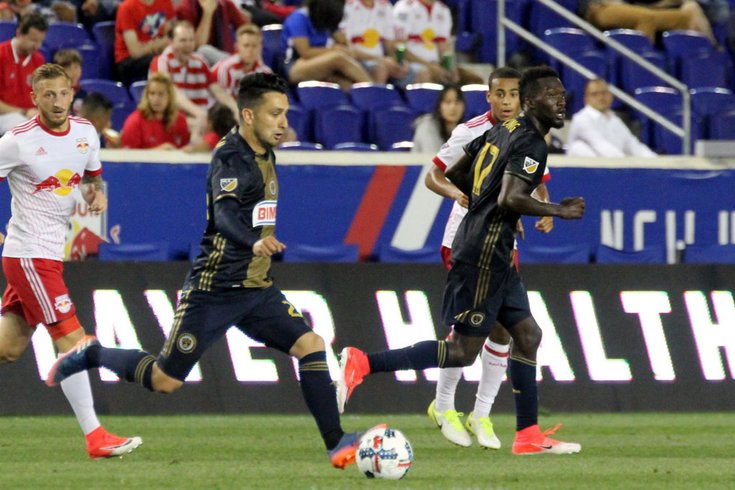 It's a question that seems to come up every Union season, when playoff hopes begin to fade as August gives way to September.

Why not put the kids on the field? If the season is already lost, then what's the harm in playing some of the younger guys?

That's the thought process surrounding any struggling team, with fans clamoring to see the future of their squad instead of veteran starters or minor contributors that might be on their way out anyway.

"Listen, we're not quite there yet," Curtin said. "At this stage there's still 30 points out there. Are we realistic, and do we realize that our backs are against the wall and that we need three points every time we step on the field? Yes, that is the urgency which we will play with. And whether young guys are on the field or whether old guys are on the field, the ultimate goal is to still win games.

"I think that, even in a young player's development, so much of it is earned by knowing what it takes to win. To just throw ten completely new guys on the field, that's kind of setting them up for disaster. I know (the question wasn't) implying that, but at a certain point when we've had the right pieces around, we've shown the confidence to throw Adam into spots.

"Do you want to see more? Of course. Could opportunities come up now where we move more towards that? He's earned all of the minutes he's played without us being out of the playoff race. So he's right in the discussion, as it is, to be on the field."

If you look through the current starting lineup, these are the players' ages and total minutes logged:

That sounds counterintuitive for a franchise that has added four homegrown players in the last year and spoken frequently about its desire to promote from the youth academy, to Bethlehem Steel, to the Union first team.

But the reality is that other, younger players did have opportunities at the beginning of the year and failed to take them. Keegan Rosenberry struggled out of the gates in his sophomore year. Richie Marquez lost his starting job. Josh Yaro injured his shoulder and Fabian Herbers had mid-season surgery.

In other situations, there simply wasn't room, like the instance of Derrick Jones being bumped from the lineup as a result of Alejandro Bedoya being moved out of the #10 position.

Here, then, is a list of guys currently occupying additional roster spots with their age and total minutes played in 2017:

That list doesn't include guys like Maurice Edu, Charlie Davies, and Brian Carroll, veterans who were injured and/or fringe contributors to the squad. I also didn't include Roland Alberg or Fabinho since they probably aren't part of "the future" of this team.

If you go through that group of non-starters, the average age is 21.7 years old.

"We've played young guys a bunch this year," Curtin added. "We've used almost our entire roster. There are still 30 points out there that we're going to chase. But obviously, yea, when we do have the opportunity to put a young guy out on the field, we want to give him the most possible success he can have. For instance, when Derrick Jones was going well at the beginning of the year, he had Haris Medunjanin and Alejandro Bedoya to lean on.

"You don't want to just throw seven guys out there and say, 'go get Atlanta,' or 'go get Toronto.' That's not the best way to learn. But I do understand the question, and yea, we do still believe in our young guys."

Again, Curtin is right; they have handed opportunities to a lot of guys this season, and those who aren't playing with the senior team got a lot of minutes with Bethlehem Steel.

The problem is that the optics look bad when a lot of last year's significant contributors took huge backward steps this season.

Yaro and Herbers were key players in 2016 but they've been relegated to bench roles even when healthy. Herbers was scraping for first team minutes before injuring his abdomen and Yaro is now third-choice center back.

Epps and Najem are seeing first team minutes, but Jones sits on the bench. A U20 World Cup call provided some international minutes for he and Auston Trusty when neither was featuring for their club team.

So the context surrounding that roster usage leaves a lot to be desired.

Curtin is also correct when talks about the idea of approaching the lineup carefully with that group of young players. No coach is going to go out, make 11 changes, and expect his or her squad to compete with Toronto, Chicago, or New York.

But you can make three to five changes per game while still keeping the veteran core of your team intact and providing a stable foundation for performance and growth.

Here's one way to do it, assuming the season is lost - 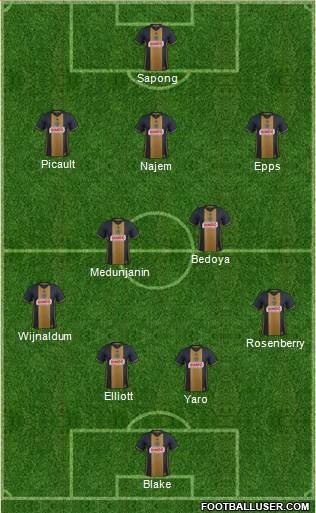 In this case, you've made two defensive changes and two midfield changes, swapping out the right side of your backline while adding Najem and Epps up front.

That's four new faces while preserving the spine with Bedoya, Medunjanin, and Blake in there. It's also another chance to take a look at Jack Elliott as a left-sided center back to see if he can pass at the same high level he normally does when deployed on the right. 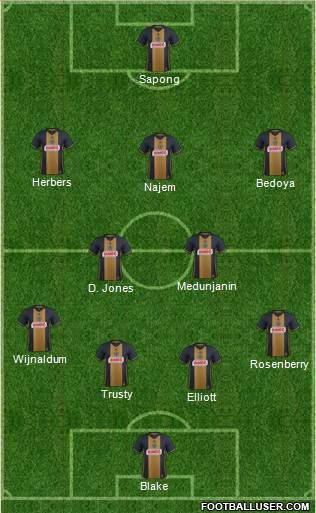 In this setup, you're giving Auston Trusty his MLS debut and moving Elliott back over to RCB.

With Jones in the midfield, I'd try Bedoya as a right winger, which is where he seems to be trending positionally anyway. Najem plays the #10 with Herbers on the left.

The issue with Derrick Jones is that you're going to run into the same problem next year if Bedoya and Medunjanin are both on the roster. With the commitment to highly-paid veterans at the #6 and #8, there's just no room for Jones in the midfield. I really think it's worth a try with Bedoya in a wide area, since he'll do the same defensive work as Chris Pontius, who still hasn't scored a goal this season.

Anyway, you see how there are opportunities to tweak the roster and get young guys on the field without sending lambs to the slaughter.