Talking Tactics: Why the pieces are in place for a Union 3-5-2 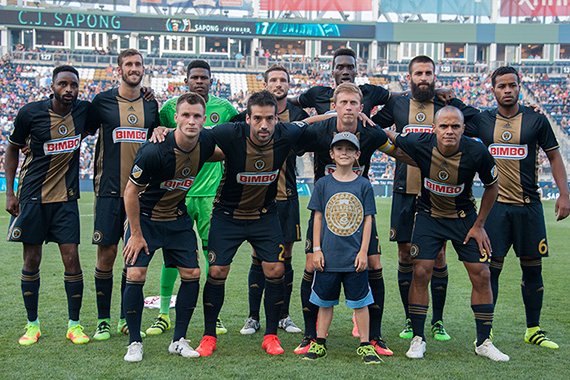 The Philadelphia Union played a 4-2-3-1 in all 34 league games last season.

Question: What's the best way to protect a deep-lying playmaker with defensive limitations?

Answer: Build your system around him.

If you watched Saturday's 1-0 win against Tampa Bay, you probably noticed Haris Medunjanin's ability to get on the ball and pick out incisive, forward passes. It really looks similar to the way that Andrea Pirlo plays the game, with foresight in distribution and the capacity for building from back to front.

Like most ball movers, Medunjanin is probably not a guy who's going to pull off a 30-yard defensive sprint, put in a crunching slide tackle, and win the ball for his team. The onus will always be on a midfield partner or pair of center backs to cover for any defensive frailties in that regard.

Stylistically, the Union are committed to a 4-2-3-1 system that emphasizes strength in numbers, coordinated team movement, and rigid shape. To the credit of Jim Curtin and his coaching staff, you saw the club take a step forward last season in developing an identity as an organized pressing team.

That system won't change, but I really do think this team has the pieces to build a 3-5-2 around Medunjanin. 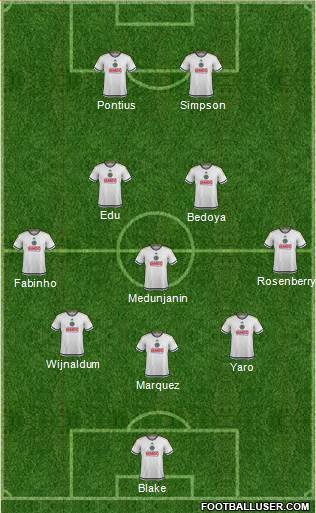 
At full health, you've got two wingbacks who are fit enough to move up and down the flanks. You have three mobile defenders to shield a deep-lying ball mover. You've got a pair of hard working box-to-box midfielders and two goal-scoring strikers.

It's a shape that copies what Juventus successfully played under Antonio Conte from 2011 to 2014. 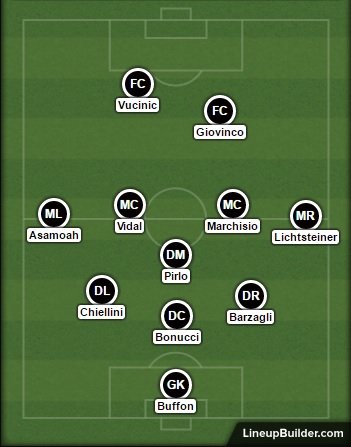 In this case, you had three top-level center backs behind Pirlo, who was free to distribute and be creative without carrying a defensive burden. Kwadwo Asamoah and Stephan Lichtsteiner would run the touchlines all day long, with two tireless midfielders in Arturo Vidal and Claudio Marchisio playing in an inverted triangle. Juve didn't have a single striker score double-digit goals that season but won the league with a rotation of Mirko Vucinic, Fabio Quagliarella, Sebastian Giovinco, and Alessandro Matri.


The 3-5-2 saw a slight resurgence in the 2014 World Cup. The most notable teams to use that shape were probably the Netherlands, which advanced to the semifinals, and Chile, which exited in the knockout rounds. Mexico also used the formation, which you often see in their domestic league.

Here's how the Netherlands and Chile typically played during the tournament: 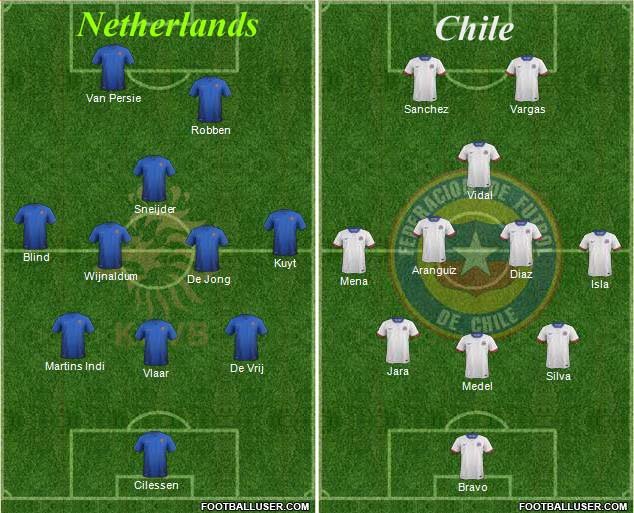 It's incredibly similar to the Juventus shape, but the midfield triangle is turned the other way, with a more advanced playmaker instead of a "regista." The similarity is that both have hard working, two-way midfielders and wingbacks who fit the system. It was a bit strange to see Dirk Kuyt as a wingback, but, like most Dutch players, he showed an ability to adapt quickly to a new role. Chile has always had gritty midfielders like Vidal, Charles Aranguiz, Marcelo Diaz, and Carlos Carmona.


We don't see a ton of 3-5-2 in MLS. Toronto installed the system last summer and played it in the MLS Cup final, but they were the only team in the league to give it a try. With a squad full of stars, and an under-appreciated defense, the really did find a lot of success with the shape.

This is how they came out in the playoff game against Philly back in October: 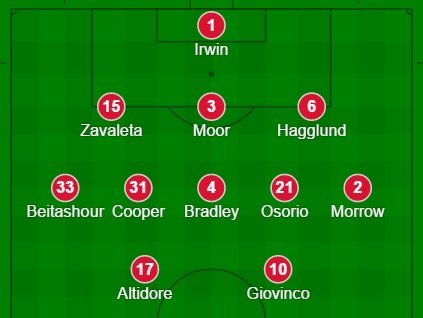 All of the pieces are there, with a good CB anchor in Drew Moor, mobile wingbacks, and a midfielder who can move the ball from back to front.

You might remember Jose Luis Sanchez Sola, or "Chelis," the Mexican coach who had a short stint at Chivas USA. He used a Liga MX-style 3-5-2 in Los Angeles, but just didn't have the players to make the shape run successfully.

Most teams in MLS are running a 4-2-3-1 or 4-3-3 these days, which is also what you see internationally. Those systems are probably easier to play than a three-man defense.

One of the tricky things to learn about the 3-5-2 is that wingbacks have defensive responsibility in specific situations. Typically, when one wingback moves forward, you'll see the weak side wingback rotate into defense. This is an example of that, with the ball moving to the opposite side of the field and Stephan Lichtsteiner dropping into defense to help the center halves and create a back four. 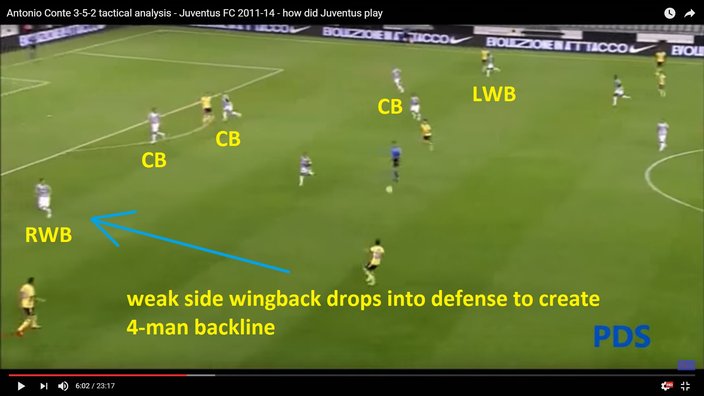 In other cases, you can have a midfielder slide into defense to help move the ball. This is a screen grab from the Philly and Toronto playoff game, where Michael Bradley slots in between Drew Moor and Nick Hagglund to help circulate the ball around the Union press. It's a way to keep your wingbacks wide and attempt to circumvent teams that try to clog the middle of the park. 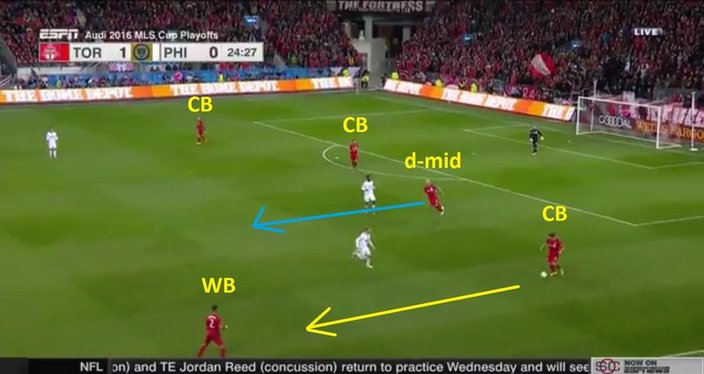 Costa Rica played something resembling a 5-3-2 in the 2014 World Cup, which really isn't any different from a 3-5-2. They would move their wingbacks forward in attack, then drop both into defense to create a five-man line of protection right around the box. The Ticos were one of the surprises of the tournament and advanced all the way to the quarterfinals playing an ultra-defensive shape. 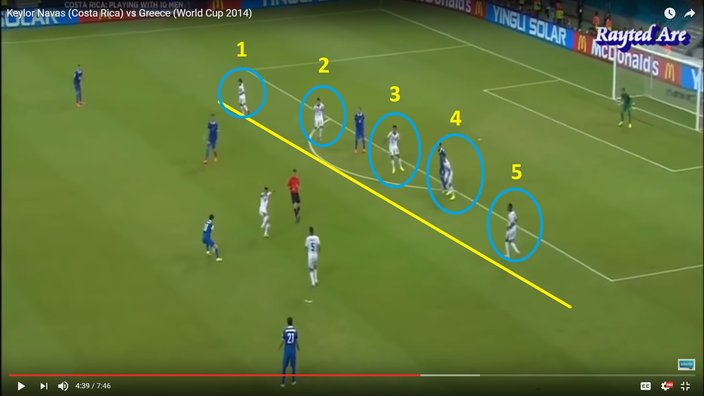 As we all know, the Union are committed to the 4-2-3-1 and didn't do much experimentation last year. You could certainly commend the technical staff for sticking to the game plan and refusing to panic when results aren't exactly positive. It's the philosophy of sticking to your guns when some coaches might flinch and start trying new things.


The 3-5-2 is a fun shape to watch, and it can be wildly successfully with the right players on the roster.

I do think the Union have those pieces in place.