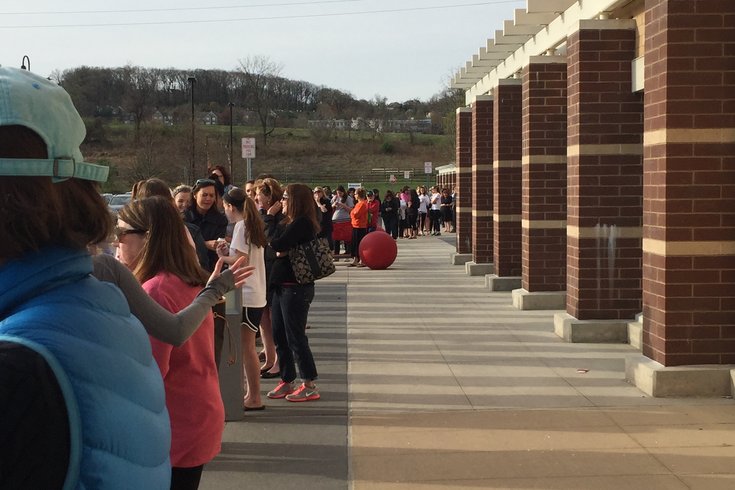 Shoppers line up at the Target in Malvern at 7 a.m. to purchase items from the Lilly Pulitzer collection on April 19, 2015.

Target learned a hard lesson on Sunday: Do not underestimate American shoppers.

The retail chain rolled out their highly anticipated stock of Lilly Pulitzer items on their online shop as well as all of their stores  on April 19. The line of spring-themed clothing and accessories known for their floral prints were made available to the public when the stores opened on Sunday morning and the collection went live on the company's website.

The rollout was delayed on the website according to Target's twitter page, and right around 3 a.m. the online store was made inaccessible for about 15 minutes by the company because of the high volume of traffic they were experiencing.

We know you're excited for #LillyforTarget. The website is updating & will be shoppable soon. Thanks for your patience & stay tuned.

The launch of the #LillyforTarget collection is close. Stick with us. We will notify you when it is ready to shop.

Due to the overwhelming excitement for the #LillyforTarget collection we are making adjustments to our website. Stay tuned for updates.

For those still waiting for #LillyforTarget, we are continuing to work through our website experience. We will share updates as they come.

We know you're frustrated & we're sorry. We appreciate your patience. You can now shop the #LillyforTarget collection http://t.co/7CxiiJQj9P

The problems sparked outrage from eager shoppers on the internet, including actress Kristin Davis of Sex and the City fame:

.@Target I have now had my cart emptied three times after I hunted down the #LillyforTarget things I wanted- WHAT IS HAPPENING??????

The online shop was virtually wiped out not long after the website became accessible. Shoppers are now greeted with this message on nearly every Lilly Pulitzer item:

Those looking to grab some of the merchandise in an actual Target store are out of luck if they weren't in line at 7 a.m. this morning. Target spokesman Joshua Thompson told USA Today that lines circled many Targets in anticipation of the rollout, and most of the stores are already sold out as well.

Target does not plan to restock any of the items, saying it was a limited-time deal.

@diana_zalewski The #LillyforTarget collection is available for a limited-time. We do not anticipate more items becoming available.

Many of those participating in the sale this morning tweeted pictures of the long lines and the empty shelves.

30 minutes left to go until we open - this one is obviously a huge hit! #LillyforTarget #theT1375 @MurrayWWilliams pic.twitter.com/43BQgKsPQ7

Here's the scene at Atlantic Terminal for #LillyforTarget--line of at least 80 people: pic.twitter.com/fVGfrB2DJX

I live in a country where grown women fight to spend their money on tacky floral designs. #LillyforTarget pic.twitter.com/7k5saNRuMZ

The vultures picked this clean an hour ago. I'm cracking up. #LillyforTarget pic.twitter.com/PClTjHhPay

Emily Garvin, a 27-year-old corporate event planner from Philadelphia, was in line at the Target store in Malvern at 7 a.m.

A manager came out before the store opened at 8 a.m., requesting that the shoppers walk and not run in to the store to ensure safety. That lasted for about the first 50 people who entered.

"Once you got in to the store it was insane. Everybody was running."

Gavin said that the collection was not concentrated in one section of the store, but instead spread throughout it in separate department sections. Makeup items were in the makeup section, dresses were in the clothing section, and so on. This led to a frantic atmosphere.

"It was like supermarket sweeps," Garvin said, "Girls were crying, attitudes were sassy, girls were hovering around the dressing rooms waiting for returns."

While Garvin was able to purchase several of the Lilly Pulitzer items, those behind her didn't have much luck.

If you missed out on the frenzy but still want one of the items, many are already selling some of them on eBay. However, it's going to cost you in some cases triple the retail value. 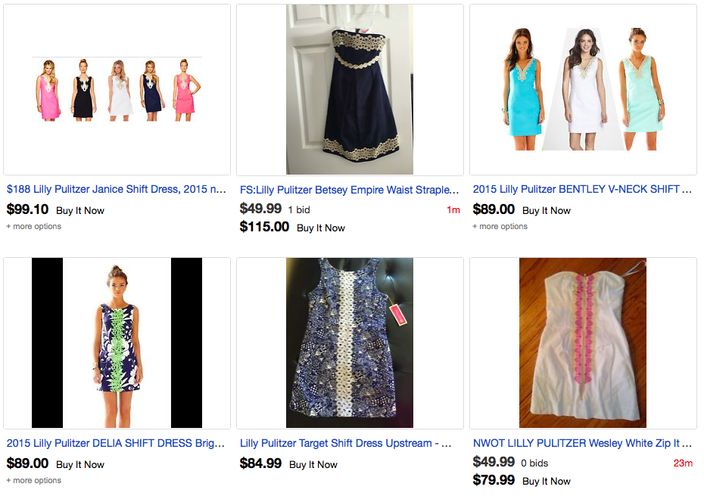