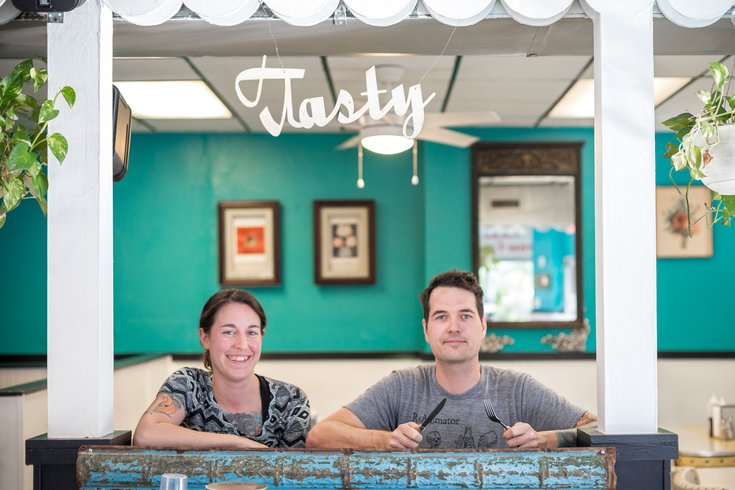 Sofia Baltopoulos, left, and Ben Pierce, right, are co-owners of The Tasty. Not pictured is Kate Hiltz, also a co-owner.

After years meeting up with friends at Melrose Diner and then sighing at its decidedly non-vegan menu, Sofia Baltopoulos decided to take matters into her own hands.

"I feel like there are so many diners in Philly and, personally, my friends are always wanting to go to Melrose or whatever diner, and there aren’t any vegan options other than french fries," Baltopoulos told PhillyVoice. "I kind of wanted there to be a diner where anyone could eat.”

And so emerged The Tasty, at 1401 S. 12th St., which Baltopoulos founded with co-owners Ben Pierce and Katie Hiltz in April.

Baltopoulos and Hiltz had previously operated a catering business together, cooking up vegan spins on classic comfort foods like fried chicken sandwiches and macaroni and cheese. Together with mutual friend and former ReAnimator roaster Ben Pierce, they collaborated to create a vegan diner inside a space that, until recently, had hosted Atlantic Pizza for nearly 28 years. (Technically it was a pizza shop, but it functioned more as a diner.) 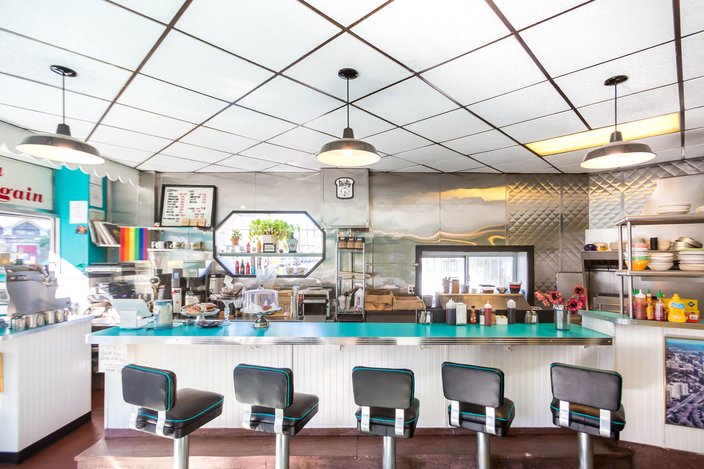 The Tasty opened this year but still has the feel of a 1960s-era diner.

The mix of customers at The Tasty, they said, has been a pleasant surprise so far — not just indicative of the demand among neighborhood vegans, but foodies eager to understand vegan dishes.

“It’s mostly vegans and vegetarians, dragging out their not-really-anything friends, and they sit and have a nice meal, and those who aren’t expecting it to be good are shocked and come back on their own," Pierce said with a tinge of a laugh. "A lot of people in the neighborhood — you know, we don’t announce we’re vegan or anything because we want them to come in and try the food and talk to us and encourage them to try stuff here or at home, and they keep coming back.

"I know they’re cooking steak on the weekend, but they come here and get a sandwich or salad and talk to us — that's really nice.”

The menu is fairly comprehensive, as far as vegan comfort foods go: fried chicken sandwiches served with waffle fries is their most popular item of the moment, but they also sell Montecristos, a variety of omelets, as well as all the usual pastry suspects — including doughnuts — that are baked in-house. And it's all at typical diner prices, to boot: Most dishes are less than $10, and virtually nothing exceeds $11. 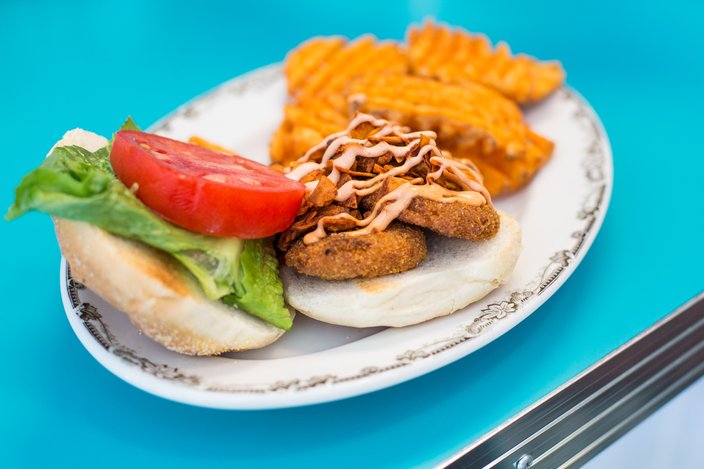 The 'Fried Chick'n Sammy' with spicy mayo, coconut bacon, lettuce and tomato on a kaiser roll.

What's unique about their diner (aside from being mostly vegan — the only asterisk being that they have half-and-half), Pierce explained, is their focus on breakfast items. The menu includes a mix of eye-catching beverages like a macadamia nut iced latte, breakfast mainstays like French toast and pancakes, and a vegan twist on a regional staple.

“Places [like Blackbird or Miss Rachel's Pantry], a lot of those are afternoon or late. We’re 7 a.m.," he said. "We're here to get a breakfast sandwich — we even have a pork roll and egg and cheese sandwich; Kate is from Asbury Park, so there’s a Jersey element in there. But at 7 a.m., someone can wake up for work or the beach and stop here and not have to worry about finding something at Wawa they might be able to eat.” 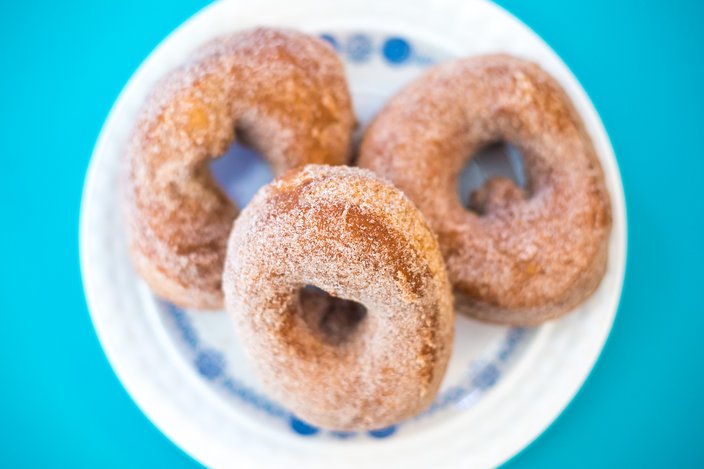 House-made cinnamon and sugar doughnuts with a cake-like texture.

Looking ahead, the trio hopes to hire more staff to be able to stay open later (they currently close at 4 p.m.) and launch a ready-to-go dinner menu, structured in typical diner fashion as a "main and two sides" — seitan chicken cutlets with a baked potato and macaroni and cheese, to cite one example. Cold-weather items, including soups and chilis, will also be added to the menu in the coming months.

The Tasty serves breakfast and lunch seven days a week, from 7 a.m. to 4 p.m. — with brunch specials, along with a lineup of croissants, offered on weekends.