Body modifications have become commonplace in recent years, but back in the day tattoos were scorned by mainstream society 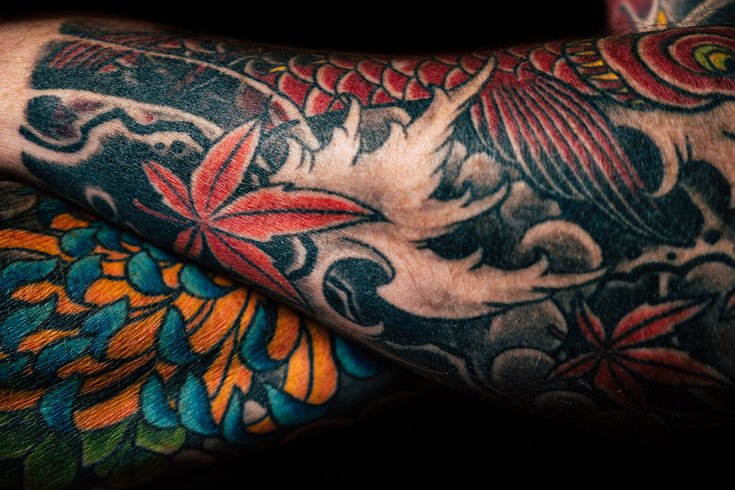 The American Swedish Historical Museum is hosting a new exhibit titled "Tattoo: Identity Through Ink" about the last 150 years of body modifications in the U.S. which will run from Saturday, Feb. 5 to May 1.

Body modifications have become much more common and accepted in the U.S. over the last few decades, but back in the day American tattoo artists constituted a tight underground scene scorned by much of mainstream society.

The American Swedish Historical Museum is going to tell the story of this transition and the last 150 years of American tattooing in a new exhibit titled "Tattoo: Identity Through Ink." It'll debut on Saturday, Feb. 5 and run through May 1.

The exhibit will have life-sized silicone arms that people can decorate with markers, said Chris Malone – the museum's curator, as well as several important artifacts from influential American tattooers.

One of those characters is Crazy Philadelphia Eddie. The tattooer was born Edward Funk in New York City in 1936. By the 1950s, he had made a name for himself there as a tattooer in Coney Island.

He put up a legal fight when his hometown banned tattooing in 1961, but was unsuccessful and fled to Philly.

Malone said local health officials taking issue with tattooing is a common theme throughout the art form's history in the U.S.

The shops Eddie opened in Chinatown and on South Street eventually dominated Philly's tattoo scene so much that he added the city's name to his own moniker.

Stories about Eddie are so numerous that there's a five-volume set of books about him titled "Tattooing: The Life and Times of Crazy Philadelphia Eddie" as well as a documentary. He died in 2016 at the age of 80.

At the beginning of Funk's six-decade career, tattooing was an underground art form scorned by most of mainstream society. But by the time he retired, it was becoming increasingly common and acceptable for athletes, celebrities and other members of polite society to be adorned with body modifications. Malone said this is a trend explored in the exhibit.

He's currently in the process of gathering some of Eddie's stories, but much of the information the Swedish American Museum has comes from an earlier exhibit put together by Decorah, Iowa's Vesterheim Norwegian-American Museum.

The Vesterheim's exhibit is based around influential Norwegian-American tattooer Amund Dietzel, born in 1890. He was an old-time sailor who got his first tattoo at 14 to commemorate one of his earliest voyages.

Dietzel spent some time in the Norwegian navy where Malone said he honed his skills tattooing friends before coming to the U.S. after he was shipwrecked in Canada. He eventually settled in Milwaukee, but spent much of the early twentieth century traveling around the nation with circus sideshows.

Because he travelled so much and tattooed so many, Malone said Dietzel's style featuring bold lines, punchy colors and military and nautical themes had a big influence on the development of traditional American tattooing styles in the twentieth century.

An ornate pink art-deco style trunk used by Dietzel in his Milwaukee shop will be on display as part of the exhibit, Malone said.

On the exhibit's opening day – Saturday, Feb. 5 – guided tours will be available at 1 and 3 p.m. Pre-registration is required on the museum's website. Tickets cost $5 for members and $15 for non-members.

Then on Thursday, Feb. 24 from 7 to 9 p.m. the museum will hold a free reception in the exhibit in honor of the Philadelphia Tattoo Convention.