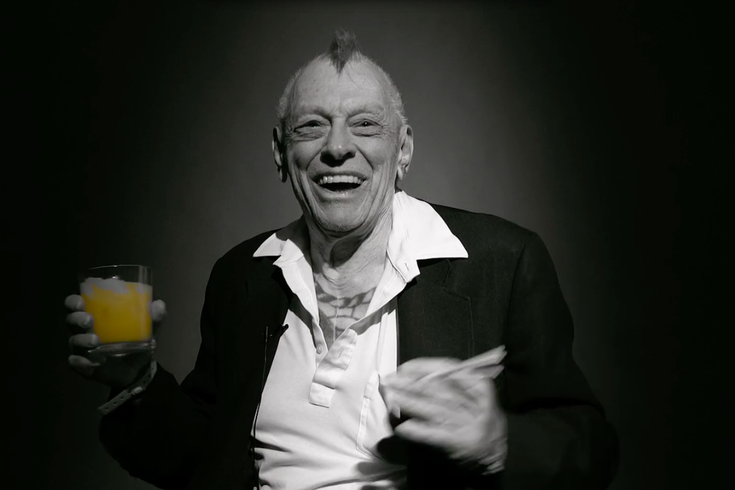 Potentially the most prominent — and nuttiest — tattoo artist in the history of Philadelphia is the subject of a new documentary.

Local filmmaker Erich Weiss is behind the movie, which is centered around Crazy Philadelphia Eddie, a renowned figure within the tattoo world. The teaser trailer shows Crazy Eddie telling stories about his long and rather, well, interesting career. You can watch it below (h/t Philebrity), but we warn you, Eddie uses some pretty explicit language:

Born Edward Funk in 1936, according to Philebrity, Crazy Eddie is also the subject of a volume of books entitled Tattooing: The Life and Times of Crazy Philadelphia. Here's a bit more background on Crazy Eddie via a 2004 Inquirer profile, in case you're unfamiliar:

"Crazy Philadelphia Eddie," born Edward Funk, sprang from the beer-and-blood-soaked tattoo parlors of Coney Island, N.Y., circa 1952, to dominate the Philadelphia tattoo scene so completely that he took the city's name as his own.

His yellow-fronted shops with Ouija-board lettering were icons in Chinatown and on South Street for 40 years, as tattoos went from working-class war paint to a middle-class fashion statement.

You can get updates on the film on Eddie's Facebook fan page, which is run by his ghostwriter Eric Foemmel, who also penned the books on the legendary tattoo artist through a series of recordings made by Eddie.