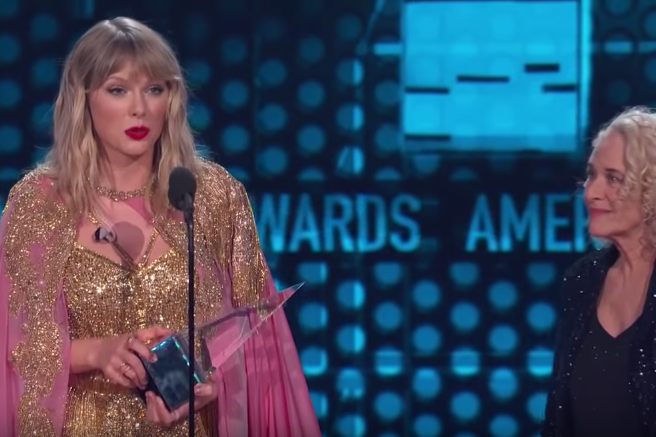 Carole King presented the artist of the decade award to Swift, which the recipient found fitting. The singer mentioned during her acceptance speech how much King has inspired her."When I fell in love with music it was right around the time I realized how marvelous it was that an artist could transcend so many different phases and changes in people's lives," she said. "So, you taught me that that's a possibility."

Swift took to the stage to celebrate her 10 years of accomplishment by performing a medley of her biggest hits, including "Love Story," "Black Space," "I Knew You Were Trouble," as well as "Lover" and "The Man" off her most recent album. She also performed "Shake It Off" with Hasley and Camilla Cabello.

Shania Twain also paid tribute to Swift, performing "Shake It Off" during the awards show. Twain sang a snippet of the song acoustically before diving deep into her own medley of hits.