New Jersey is the smartest state in U.S., survey says 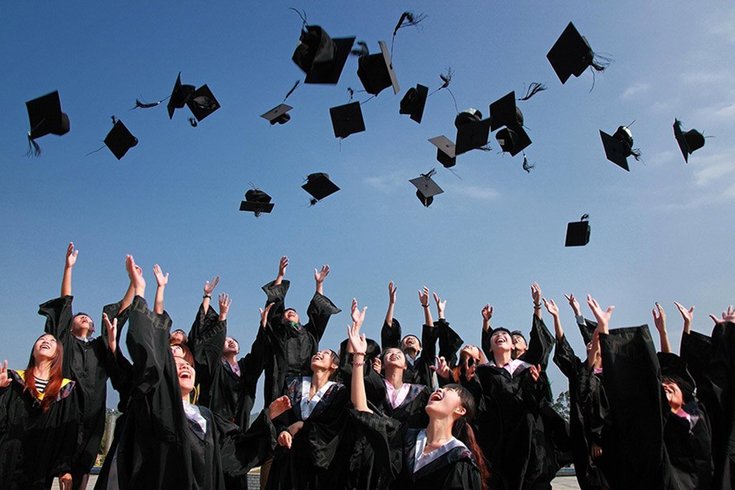 New Jersey ranks as the smartest state in the U.S., according to a data analysis conducted by Safe Home. The Garden State raked in the high score from solid high school graduation rates and number of bachelor and professional degrees obtained by residents.

New Jersey was named the smartest state in the United States, according to a data review by Safe Home. The review site ranks the Garden State at No. 1 with a total of 337.8 points, which was 13 points ahead of Utah, the second smartest state.

The survey tallied up the scores from several factors, including how many people, 25 and older, have college and professional degrees, high school graduation rates, and even SAT scores.

New Jersey has 24.2% residents with bachelor's degrees while 15.6% of residents obtained a graduate or other professional degree. Ninety-one percent of residents graduated high school within four years, and the average SAT score was 1,090.

Pennsylvania managed to crack the Top 20, ranking at No. 14 with an overall score of 261.5. The review cites that 18.9% of residents in the Keystone State have a bachelor's degree while 87% of residents graduated high school within four years. The state had an average SAT score of 1,082.

Delaware fell even further behind at No. 33 with an overall score of 203.5. Eighteen percent of residents obtained their bachelor's degree and 87% of residents graduated high school within four years.

Overall, the Midwest had the highest collective scores at 230 while the Northeast followed close behind at 228.

Safe Home used data from the U.S. Census Bureau, Department of Education, College Board, and the ACT. The site notes in its conclusion that while the ranking is measured through data related to intelligence, the analysis fails to take into account emotional intelligence and even common sense.