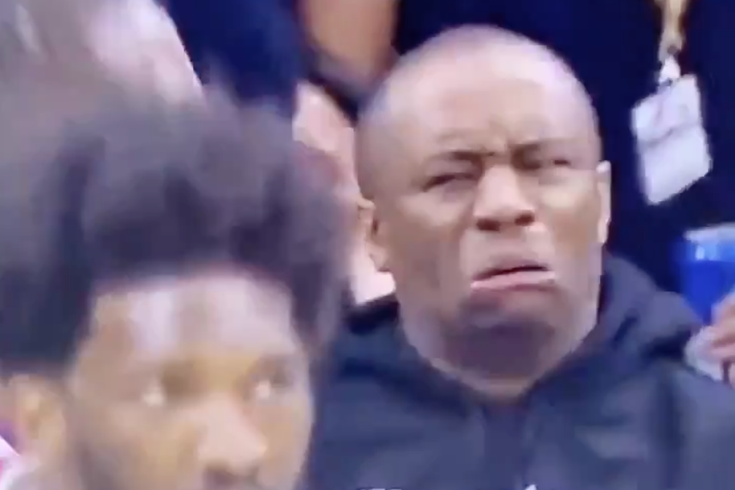 Marc Lamont Hill, a professor at Temple University, went viral Friday night for his reaction to a James Ennis dunk.

The Sixers beat the reeling Spurs on national television Friday night, which means far more people than usual were watching a game being played in South Philly.

Unsurprisingly, as it's done before, Philly made the most of its time in the spotlight.

James Ennis threw down a delightful follow dunk in the second half that drew some pretty good reactions from announcers and fans alike, and ESPN's cameras picked up a truly special reaction from a fan sitting baseline:

The man shown in the video is none other than Temple professor, local small business owner, and former CNN commentator Marc Lamont Hill.

As of Saturday afternoon, the above video had been watched more than 11,000 times on Twitter, and was undoubtedly shared on a number of other social media platforms.

MORE SPORTS: Natalie Egenolf: Philly fans have lots to be thankful for

It sure has been a big year for people in Philly's academic scene going viral at sporting events.

Hill, for what it's worth, thinks the video is pretty funny:

Hill was in the news last November, when CNN ended his contract as a commentator after he came under fire for comments about Palestine and Israel during a speech at the United Nations.

Hill was previously a columnist and editor-at-large with the Philadelphia Daily News. In 2017, Hill opened Uncle Bobbie’s, a coffee shop and community space, in Germantown.