Norman V. Inferrera III was tossed out of a patrol boat and into rough waters Thursday 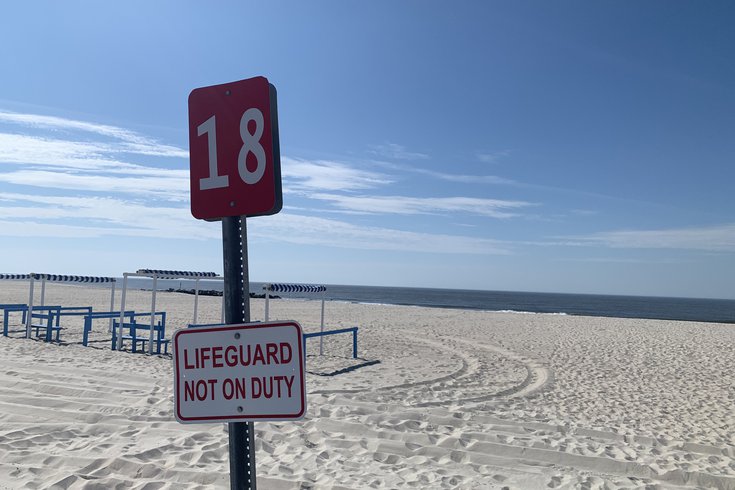 A teenage lifeguard in Cape May was in critical condition Friday after his paddle boat capsized and he was thrown into rough waters.

A 16-year-old Jersey Shore lifeguard died Friday night after the boat he was paddling capsized and threw him overboard.

Norman V. Inferrera III, of Phoenixville, Pennsylvania, was a first-year lifeguard at Cape May city beach. Thursday morning, he was paddling a patrol boat off of Philadelphia Avenue when the boat capsized and knocked him unconscious, officials said.

City Manager Michael J. Voll said the teen was tossed into rough waters and was taken to Cape Regional Medical Center in Middle Township before being flown to Cooper University Medical Center in Camden where was in a coma.

The City of Cape May announced Saturday morning that Inferrera died.

“My heart, prayers, and condolences go out to the Inferrera family," Mayor Zachary Mullock said. “Even at such a young age, Norman was loved by his fellow Lifeguards. No words can express the sadness suffered by all of our Beach Patrol family. Norman chose to protect others. He did so professionally and worked hard at it. That is an extraordinary attribute for anyone, especially at 16 years old. The Cape May community cares so deeply for those who protect us. I know this entire community is going to do anything it can for Norman’s family and friends.”

Voll said the lifeguard was on the water trying to keep swimmers close to shore when the boat capsized, and that he was "doing his job."

Cape May Beach Patrol Chief Harry Back said Inferrera was a "beloved member of our Beach Patrol family," and that he "had a permanent smile on his face and was living out his dream to be a lifeguard."

The Inferrera Family is asking for donations to a GoFundMe campaign to help cover medical expenses. So far, the family has raised more than $84,000.