The Cherry Poppin' Daddies were stunned by their swingin' success 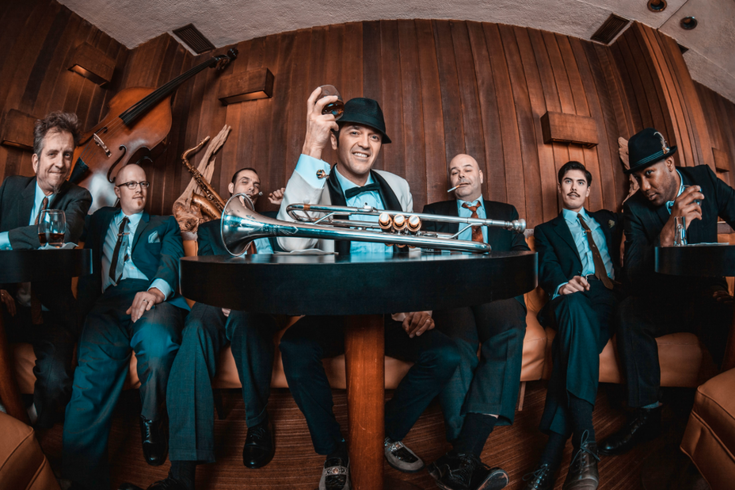 It’s easier to market a recording artist that can be pigeonholed rather than an act that’s eclectic.

“That’s why we had so much trouble,” Fishbone bassist Norwood Fisher once said.

“Our label [Columbia] had a hard time with us back in the ‘90s, since we were all over the place [sonically].”

Much like Fishbone, Cherry Poppin’ Daddies formed a generation ago along the West Coast and emerged as a punk-funk act. More experimentation followed.

“We were a lot like Fishbone, who are one of my favorite bands of all time,” vocalist-guitarist Steve Perry said while calling from his Eugene, Oregon home.

“We were always up for experimenting with different styles of music. We couldn’t just do one thing. We weren’t thinking about hits. We were always all about making the best music possible. That’s the only goal we had.”

For much of Cherry Poppin’ Daddies first 10 years, the band played raw, punk-inspired songs. But during the early 90s, the band added some swing collections, which was about as "in" then as a Nehru jacket. But there was a surprising shift in the post-grunge era – swing became the thing.

“It was crazy,” Perry said.

“It was so unexpected. I should have had an idea when ska became popular around 1995. After that, swing became cool. People were at shows wearing retro clothes and were dancing like it was 1955. And we had a hit.”

“It was surprising, but cool,” Perry said. “Our fan base expanded, which was obviously a good thing.”

But fans of the feel-good swing better show up since Cherry Poppin’ Daddies will be going back to its roots with a punk album it has in the can.

“We’ve been working on this album all of last year,” Perry says.

“It sounds very much like the early Daddies material. The last couple albums have been more swing than anything else. We discovered that we need to change things up and we did. We’re not going to play any of the new stuff, even though its on our minds since its all new songs. So if you want to see our swing thing, come on down since the next tour will be way different than this.”