Dark Star Orchestra has outdistanced the Dead in concerts

The Grateful Dead cover act, which has logged nearly 3,000 shows, will ring in the New Year in Philly 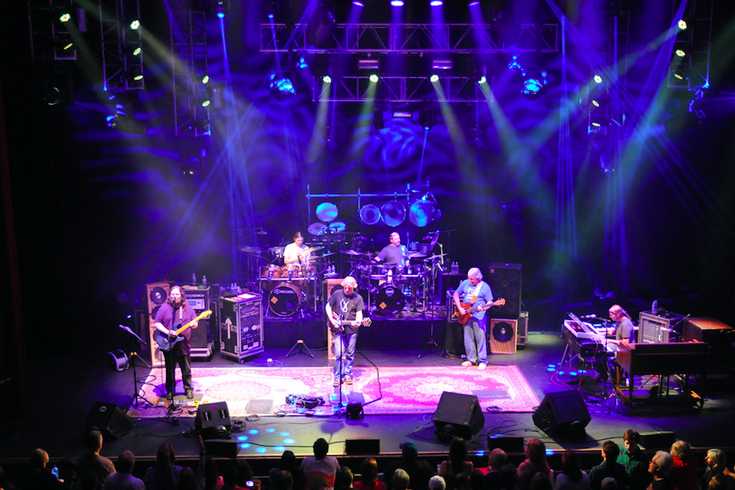 Dark Star Orchestra appears Dec. 29 through 31 at the Electric Factory.

It's been a long but not necessarily strange trip for the Dark Star Orchestra.

The Grateful Dead is one of the most storied touring acts in the history of rock. The iconic jam band logged more than 2,300 shows and spawned a myriad of cover acts.

Dark Star Orchestra formed in 1997, two years after the death of legendary vocalist-guitarist Jerry Garcia, which effectively ended the Grateful Dead's 30-year run. When Dark Star Orchestra commenced 20 years ago, the members of the group never envisioned that they would experience more gigs than the Grateful Dead. But Dark Star, which takes set lists from particular Dead shows and plays the songs from beginning to end, has more than 2,700 concerts in the books.

"Nobody in this group ever imagined that," keyboardist Rob Barracco said while calling from Washington D.C.

"It's hard to believe we've had that many shows and we're still going."

Not only is Dark Star Orchestra still going, the band is perhaps the most popular cover band on the circuit. DSO is headlining shows Friday through Sunday at the 2,500-capacity Electric Factory.

"We're so thankful that we get to ring in the New Year in Philly," Barracco said. "The Philly audience has been very supportive."

Dark Star Orchestra has not only earned the approval of the surviving members of the Grateful Dead, but have also shared the stage with some of them.

Personally, I could go back to 1972 as much as possible. I love that period. So yeah, we’re drawn to certain periods of the Dead’s music.”

“There’s nothing cooler than being validated by your heroes,” Barracco said. “Phil said that when he played with us that it was like putting on an old, comfortable pair of shoes. It’s amazing that that the members of the Grateful Dead are down with what we do and then there is the response by the audience. They keep coming out to see us.”

Part of the attraction is due to Dark Star Orchestra's desire to perform every set the Dead has ever rendered. Even though DSO has played more shows than the Dead, they've yet to deliver each set list.

“We’ve repeated shows,” Barracco said. “Some shows you just want to go back to. Personally, I could go back to 1972 as much as possible. I love that period. So yeah, we’re drawn to certain periods of the Dead’s music.” 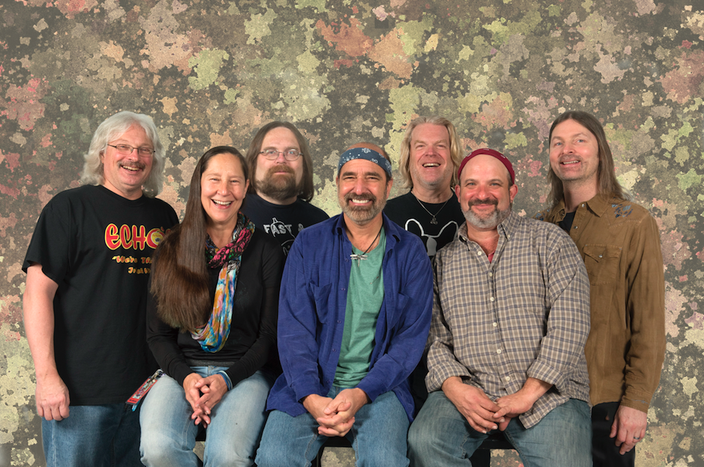 “Jerry Garcia said it best [to Deadheads] when he said ‘This is your last chance to join the circus,'” said Rob Barracco.

Dark Star Orchestra even utilizes the same type of equipment that the Grateful Dead played on.

“We use similar soundboard and monitors,” Barracco said.

“We try to nail exactly what they did. That concept has always had huge appeal to Dead fans. They love that we go back to a certain date and to a certain city and play the songs the Dead played [at] that show.”

Barracco acknowledges that part of the reason the Dead lives on is due to the fact that it's about more than the music.

"The Dead is a cultural phenomenon," Barracco said.

"Jerry Garcia said it best [to Deadheads] when he said ‘This is your last chance to join the circus.’ Dark Star Orchestra is much bigger than anyone in this group could have envisioned. But that just shows you how powerful the Dead is. Phil Lesh once told me that their music will be going strong 100 years from now, and he’s right. There is something eternal about the Dead’s music.”