Marty Stuart’s brand of country is geared for road warriors

The country music mainstay makes a detour to Ardmore for a show promoting his new album, 'Way Out West' 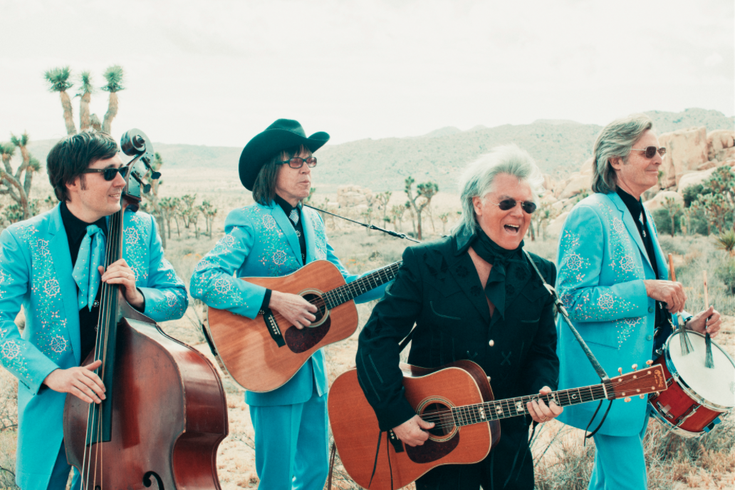 "Truckers are like musicians – the last of the concrete cowboys," said Stuart.

Guitarist Marty Stuart would be a living country music legend just for playing on sessions with Johnny Cash, George Jones and the like. Yet, since the late 80’s, Stuart made a name for himself – as singer, composer and band leader – with a series of C&W, bluegrass and rockabilly-tinged albums like 1989’s “Hillbilly Rock,” 1994’s “Love and Luck,” and 2005’s “Badlands - Ballads of the Lakota.”

A Sirius-XM radio host and photographer with a long-running, eponymous television show under his belt, Stuart’s newest album with his backing group, the Fabulous Superlatives, “Way Out West,” is a Southern California-inspired affair. It was produced by Mike Campbell from Tom Petty’s Heartbreakers. Stuart will be at the Ardmore Music Hall tonight to play his songs of the “West.”

We got him on the phone for a quick Q&A.

MS: The Philadelphia I know and love is a small, southern town based around a traditional courthouse surrounded by magnolia trees. The landscape is beautiful. There’s warmth to the people there, that, if you come, I promise you’ll leave there with new friends.

PV: Your life has been intertwined personally and professionally with Johnny Cash from the mid-80s up through his second volume of “American Recordings." I bring this up because those “American” albums are being reissued on vinyl, and there’s a museum exhibit that looks at his legacy. What was he like to work with as a musician?

MS: It was like leaning against an oak tree. From a sonic perspective, his voice was a natural wonder. It could take anything you could spit at it, from bluegrass to heavy metal, and make it his. Beyond all that I took away from him, he was the most fearless creative being I have known. He wrote songs that he didn’t think anyone would listen to but him, and he did them with gusto. As a musician, he was a joy to work with – a true hero.

PV: You’ve toyed with the California sound with your first four albums, primarily that of Bakersfield and Buck Owens. Thirty years later, you’re back to Cali, but further down the road – why has that remained a preoccupation?

MS: The first song I ever learned to play was Buck’s "I've Got a Tiger by the Tail.” My first band, like when I was 9, was more Telecaster-driven than anything coming out of Nashville at that time. I couldn’t think of a reason to do a Bakersfield album now. I did think, however, if we the moved the canvas over to the Mojave Desert, and took a spirit world journey there, that could work. From that perspective, I could broaden the palette, make it more cinematic, and be influenced by everything from film soundtracks, surf songs, the Byrds and Buffalo Springfield.

PV: Before you stepped into the studio, had you had songs prepared? And what songs came first for “Way Out West?”

MS: It was an expensive journey, so we were totally prepared going in. We knew all of your lines with 98 percent of [them] written before we left Nashville. I think that paid off on the backside as now it is an easy record to play live. We know it inside and out. The song “Way Out West” came first and gave the album breadth – gave it a bulls eye. There’s a song I wanted to do my whole life, “Lost in the Desert,” and, now I had a reason, a theme. 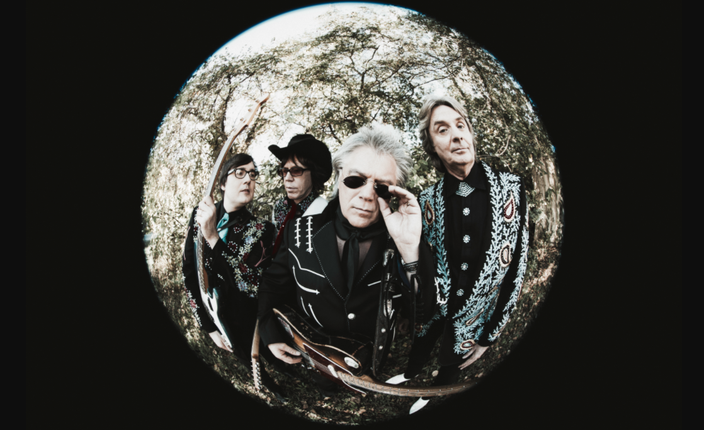 “[Working with Johnny Cash] was like leaning against an oak tree,” said Stuart.

PV: Artists don’t write great trucker songs anymore, but you did with “Whole Lotta Highway (With a Million Miles to Go)” for the new album. What’s the secret to writing an original trucker’s song?

MS: First off, I love truckers, and I love the thematic element. It’s so relevant – if you don’t believe me, just jump onto the interstate. Truckers are like musicians – the last of the concrete cowboys. We played this concert at Walcott, IA’s Iowa 80 – the world’s largest truck stop – which was the coolest, with thousands of truckers and their families. The more we played, the more we realized that they were kindred spirits. I wrote that song within 24 hours.

PV: You do a great radio show, spent time doing your own television program, have a keen photographic sensibility and you’re helping to build the new Congress of Country Music Hall. How crucial is it for you to contemporize country media?

MS: I use tradition as my base, but it’s about passing on and keeping it new. I just celebrated my 25th anniversary of being with the Grand Ole Opry and my mom was there, who just happened to be an Opry square dancer. Everything from now until the end of then-some, we’re taking the past, the roots, and building on top of it. It’s a wonderful mission.