The (delightful) fiasco that was the Philly Florida Keys cook-off 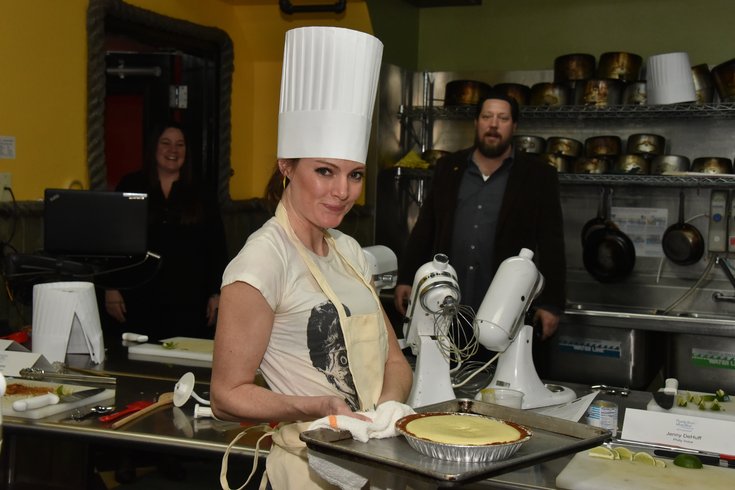 The paparazzi nabs a picture of "Ruff Tuff DeHuff" just after she's pulled her key lime pie from the oven at Walnut Hill College on Monday, March 6, 2017. Her husband, Terrance Leach, looks on with disbelief.

Journalists – whether the medium is print, television, radio or online – don’t typically profess to be the best at baking – or cooking – or in the kitchen, at large. That is – save to say, we’re pouring ourselves a cocktail with which to sit down and write. We’re generally better with words.

This made Monday night even funnier when 24 of us were asked to participate in The Florida Keys and Key West "Philadephia Food Influencer Cook-Off" at Walnut Hill College, where we ran around like chickens with our heads cut off in feeble attempts to cook a key lime pie and then a seafood dish for a distinguished panel of judges.

Ideally, we “local food and travel influencers and writers” as we were generously dubbed by Kory Aversa, were tasked with sidling up to the "other side of the stove" to cook up two Florida Keys dishes with direction from acclaimed Chef Bobby Stoky. A native of the Keys, Stoky is the owner of several Upper Keys restaurants, an author, and served as a guest judge for the cook-off. He said he traveled up the east coast to partner with the Restaurant School at Walnut Hill College because it was a good opportunity to highlight the culinary scene in the Keys in a beautiful setting. (Haven't been to Walnut Hill College? Go.) In conjunction with the cook-off, four Philly bartenders competed to shake and stir Keys-inspired cocktails. The best chef won a week-long trip to the Florida Keys and Key West. The best mixologist won a two-night stay. 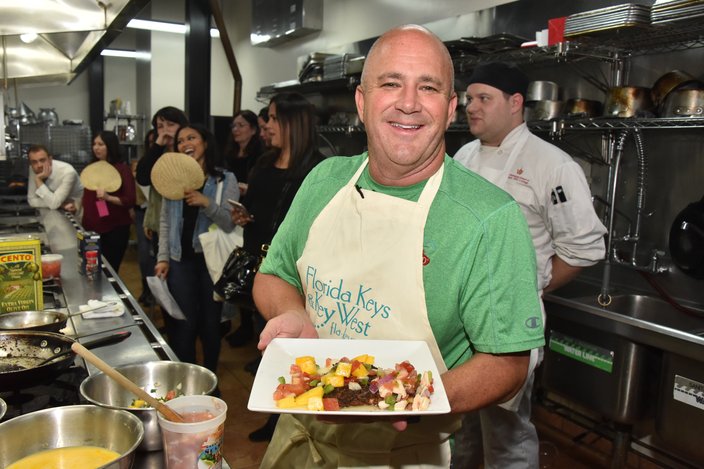 Chef Bobby Stoky shows off an example of what a finished fresh Florida Keys snapper dish should look like.

Despite my best efforts, my coconut-rice-crusted snapper with mango-pepper salsa did not win over judges Stoky, Ashley Serrate, representative and spokeswoman of the Florida Keys, and Maria Newman, a local resident of the Florida Keys. (Maybe it was the half-cup of lime juice I spontaneously added in, last-minute, for extra “zing” – I dunno.) Even my oversized toque didn't win me any brownie points. 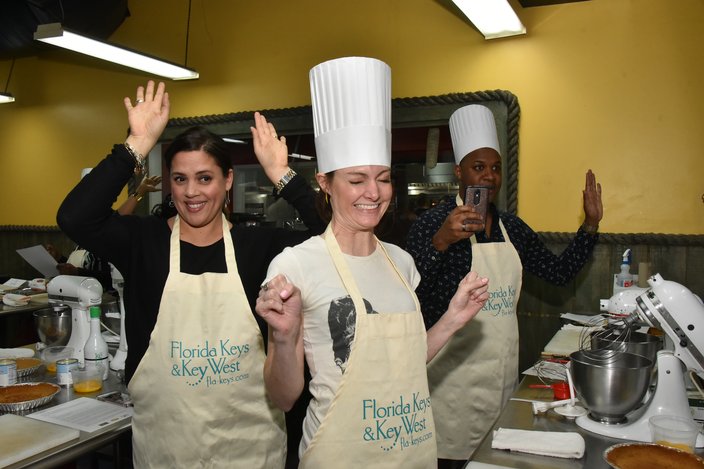 Each judge was (seemingly) a good sport as they were served dish after dish by we contestants. Some of us accidentally opened each other’s ovens while our pies were baking. Some of us accidentally (?) stole each other’s ingredients. Some of us (you know who you are) completely bailed after round one of baking. But in the end, only four could emerge victoriously. In total, Colleen Kennedy, owner, photographer, and editor of Souffle Bombay won for overall chef. Chris Balbi from Philly Gay Calendar won for best dish. Sarah Maiellano, a local freelance travel, food and drink writer won for best key lime pie and Seamus Banning, a bartender from the Vesper Club won out for best cocktail.

Stoky, a self-described “freshwater conch,” meaning he has spent most of his life in the Keys, said he gave away the free trips to “build up awareness and tourism about the Florida Keys.”

“As a whole for our area, there are only a few chefs that do what I do,” he said.

“We’re trying to make sure we are serving up dishes that are representative of the area. Key lime pie is the quintessential Florida Keys dish.” 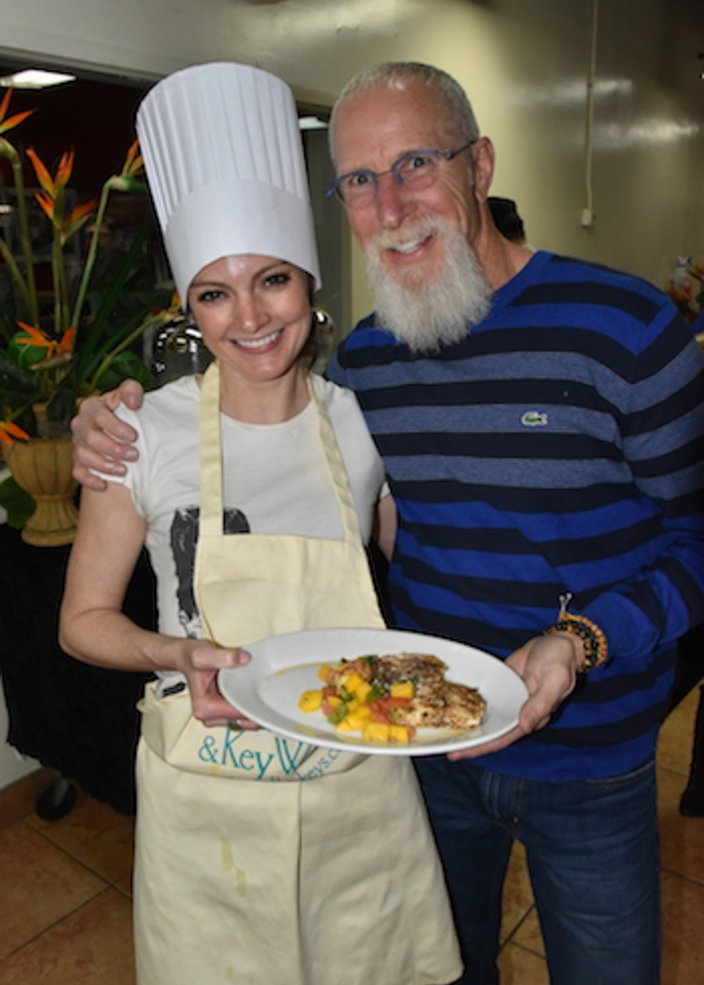 Local Philebrity Pat Croce also made a cameo that night to judge the cocktail competition.


“Everyone here in Philadelphia knows I love the Keys. I love scuba diving and the third largest reef in the world,” he said.