The Roots will star in upcoming PBS special

The episode premieres Friday, Jan. 27, focusing in on the hip-hop band's legacy and influence on the next generation of artists 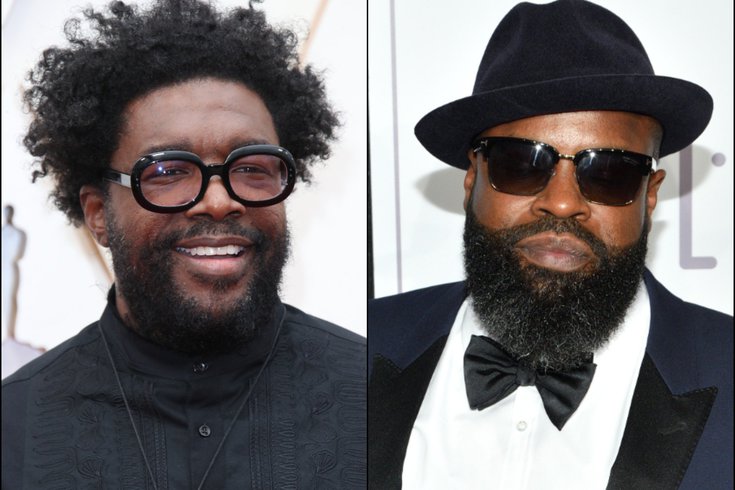 The Roots' artist residency at The Kennedy Center is the subject of an upcoming PBS special slated to air on Friday at 9 p.m. 'The Roots Residency' is the third episode of PBS' 'NEXT at the Kennedy Center,' but previous episodes centered around Charles Mingus and Joni Mitchell.

As The Roots wrap up a two-year artist residency at The Kennedy Center in Washington, D.C., the legendary hip-hop crew will be the subject of an upcoming PBS television special slated to air on Friday.

The hour-long special is the third episode of PBS' "NEXT at the Kennedy Center," which delves into the influence and cultural legacy of artists that have performed on stage at the venue. Previous episodes focused on jazz icon and social activist Charles Mingus and Canadian folk singer Joni Mitchell. The special, entitled "The Roots Residency," will air on PBS at 9 p.m. on Friday, Jan. 27.

Ahmir "Questlove" Thompson and Tariq "Black Thought" Trotter formed The Roots while they were students at the Philadelphia High School for Creative and Performing Arts in 1987. Over more than 30 years, the group has expanded to include 12 members and has released 16 studio albums, including award winners like "Things Fall Apart" and "Phrenology."

While the group spends most of its nights performing as the official house band for "The Tonight Show Starring Jimmy Fallon," Questlove and Black Thought have been part of the Kennedy Center's inaugural For The Culture Artist Residency since April 2021. The residency was established to celebrate the "multi-hyphenate genius of hip-hop generation creators," and examines the band as an institution.

"The Roots have existed at the forefront of culture for over three decades," Simone Eccleston, director of hip-hop culture and contemporary music at The Kennedy Center, told KPBS. "They are deeply committed to ensuring that generations of artists and communities see themselves powerfully reflected through their work and at venerable institutions like the Kennedy Center."

"The Roots Residency" provides audiences with a backstage look at the band's evolution over three decades, with one-on-one interviews with Questlove and Black Thought on the importance of representing hip-hop at a prestigious institution focused on classical and contemporary music.

Join us for the #KenCenNextPBS special featuring an electrifying performance & highlights of their #KenCenHipHop For the Culture Artist Residency. pic.twitter.com/V4VIumHceG

The show is centered around The Roots' one-night-only performance at The Kennedy Center on May 22, when the group performed hits like "Act Too (The Love Of My Life)" from their 1999 album, "Things Fall Apart." The special also includes appearances from singer India Shawn and hip-hop artist Ezy Truth, who opened the show.

The Roots are currently at work on their long-awaited 17th studio album, "End Game." The album was teased in October when a snippet of the unreleased song "Misunderstood" with Erykah Badu debuted on Hot 97 in New York. Though the project was first announced in 2016, Questlove said that fans can expect it soon.

In the meantime, both Questlove and Black Thought are working on a variety of solo projects. Questlove, whose directorial debut "Summer of Soul (...Or, When The Revolution Could Not Be Televised") earned the drummer his first Academy Award, recently produced "Descendant," a documentary about the survivors of the Clotilda, the last ship of enslaved Africans to be brought to the United States, and is currently working on a documentary about Sly Stone for release on Hulu sometime this year.

Meanwhile, Black Thought released "Cheat Codes," a critically acclaimed collaboration with producer Danger Mouse, last year. The album was included on best of 2022 lists from Pitchfork and NME. Earlier this month, the emcee released "Grateful," the lead single off of an upcoming collaborative album with El Michels Affair, due out on April 12.

"The Roots Residency" will air on PBS at 9 p.m. on Friday, Jan. 27. It will also be available to stream online. Check out highlights from The Roots' performance below.