The Philly rapper teamed up with Leon Michels' retro-soul group for 'Glorious Game,' which will be released on April 14 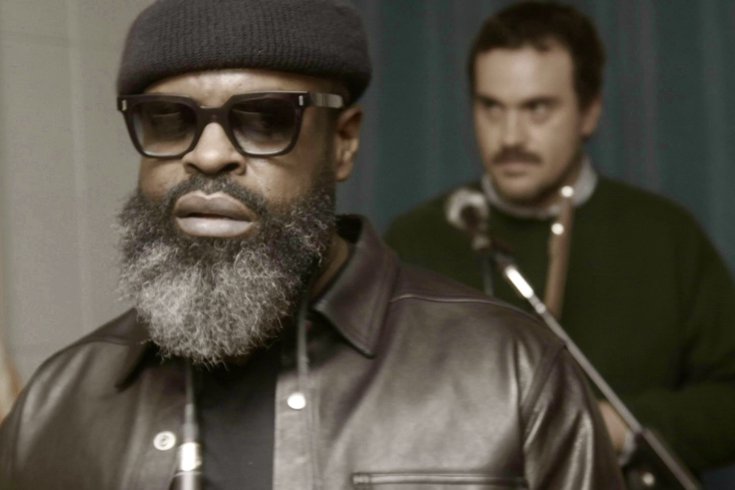 Black Thought and El Michels Affair are teaming up for 'Glorious Game,' a collaborative album due out on April 12. Its lead single, 'Grateful,' was released on Wednesday. The project follows Black Thought's critically acclaimed album 'Cheat Codes,' which he made in collaboration with record producer Danger Mouse in 2022.

Tariq "Black Thought" Trotter and retro-soul group El Michels Affair are preparing to release the collaborative album "Glorious Game." Though the album isn't due until April, the artists shared its lead single, "Grateful," on Wednesday.

On the nearly three-minute track, Black Thought wades through a soulful production, accented by flutes, shaky guitars and an eerie vocal sample. In his lyrics, Trotter laments, "Dale Carnegies with big dreams to get rich quick that fail horribly, never been in pursuit of the American dream."

Black Thought initially crossed paths with El Michels Affair frontman Leon Michels in the early 2000s, a spokesperson for the pair said in a release. The artists soon grew to respect each other's talent, performing together at a handful of charity concerts in Philadelphia and New York. In the early days of their friendship, Black Thought would often show up to the soul band's studio to collaborate.

Then, at the beginning of the COVID-19 pandemic, the Philly rapper and Roots emcee reached out to Michels for material, and the two began work on what would become "Glorious Game," which will be released on April 14. The 12-track project uses the rapper's rhyme-play and storytelling skills against El Michels Affair's cinematic sound.

Though Trotter still spends his nights playing alongside The Roots, the house band for "The Tonight Show Starring Jimmy Fallon," the rapper has been making moves of his own in recent years. Early last year, Black Thought wrapped the off-Broadway run of his Afrofuturistic musical, "Black No More," which was met with widespread critical acclaim.

Just months after closing the stage play, Black Thought teamed up with record producer Danger Mouse on "Cheat Codes," the rapper's first collaborative album. The record, which was released in May, tallied up tens of millions of streams, landing on best-of-year lists from The Guardian and NME.

The album even made its way to former President Barack Obama's top songs of 2022, which were released just before Christmas Day. "Belize," which Trotter recorded with Danger Mouse, was one of MF DOOM's final features before his death in October 2020.

For those looking for an update on The Roots' long-awaited 17th studio album "End Game," an unreleased track debuted on Hot 97 in New York in October. The song, "Misunderstood," which features Erykah Badu and Tierra Whack, has not been released on streaming platforms.

For El Michels Affair, the upcoming release will mark the band's latest since "Yeti Season" was released in early 2021. The group, led by Michels, got its start touring behind acts like Raekwon and other Wu-Tang Clan members before releasing "Enter the 37th Chamber," a Wu-Tang Clan covers album.

Aside from producing the band's work, Michels has produced for musicians including Lady Wray, Norah Jones and Mary J. Blige.

The album features R&B singer and songwriter KIRBY, along with Son Little and Brainstory. Check out the full track listing below.