The Philly rapper teamed up with former Gnarls Barkley member for 'Cheat Codes,' which is being released on Aug. 12 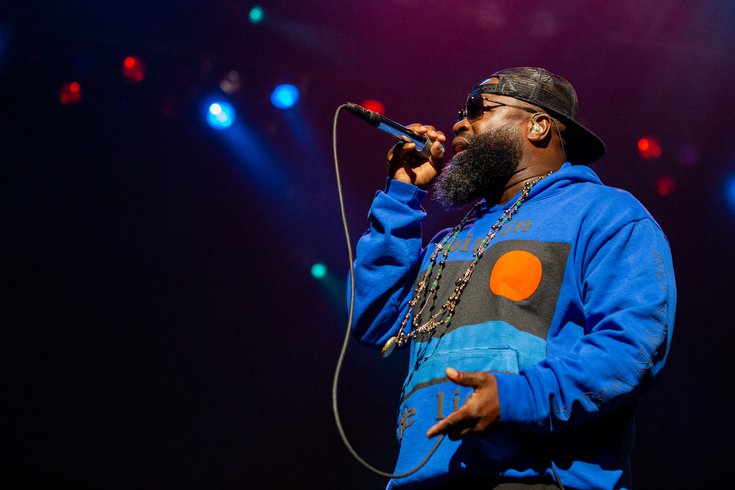 Philadelphia native rapper Tariq Trotter, otherwise known as 'Black Thought,' teamed up with musician and record producer Danger Mouse for 'No Gold Teeth,' the first single from their upcoming collaboration, due out Aug. 12.

Tariq "Black Thought" Trotter and record producer Danger Mouse are preparing to release their long-awaited collaboration, "Cheat Codes." Though the album isn't due until Aug. 12, the duo shared its lead single, "No Gold Teeth" on Wednesday.

The pair began talks of a collaboration at least 13 years ago that ultimately didn't come to fruition, Rolling Stone reported. When Black Thought made the announcement to radio show Ebro in the Morning in 2020, the album name was rumored to be called "Dangerous Thoughts," a spin on both musician's well-known stage names.

The album showcases both artists observing their culture and "asking questions they still might not have the answers to." The single features Black Thought rapping over a signature Danger Mouse track. The lyrics present both musicians as artists in their prime, with no plans to move on or put down the mic.

"It's a feel-good record," Black Thought told NME. "It's a record for people who got into hip-hop and sort of evolved at the same period of time that we did. We're the elder statesmen at this point, so I think like this record is reflective of that too."

Though Trotter still spends his nights playing alongside The Roots on "The Tonight Show with Jimmy Fallon," the Philly native also recently completed an off-Broadway run of his Afrofuturistic musical, "Black No More."

The upcoming collaboration will be his first release since the conclusion of his solo trilogy, "Streams of Thought." The third installment of that project was released in 2020.

For Danger Mouse, the album is his first hip-hop release since "Danger Doom," his 2005 collaboration with the late MF DOOM. In that time, he produced records for Beck, Adele, The Black Keys, Red Hot Chili Peppers and Norah Jones. He also released two pop albums alongside CeeLo Green as Gnarls Barkley.

The new album features Doom along with other hip-hop and rap artists like A$AP Rocky, Raekwon, Joey Bada$$, Kid Sister, Russ and Michael Kiwanuka, among others.

The 12-track listing is below:

Fans reacted to the single on Twitter on Wednesday, praising both Black Thought and Danger Mouse in advance of the full release of the project. Many people talked about Black Thought as an "underrated" voice in the rap genre, with some noting his contributions to culture over his decades-long career.

Love to see the Black Thought appreciation. He defines what it means to be SKILLED in Hip Hop. pic.twitter.com/dx75by5Qz0

Black Thought x Dangermouse album dropping soon, I’d predict that is definitely going to be a top 10 album of the year pic.twitter.com/nqb5vVceEm

THIS IS HOW WE WIN

For those looking for the next album from The Roots, both Black Thought and Ahmir "Questlove" Thompson have been discussing their upcoming project, "Endgame," since Questlove confirmed the project in 2016. The group hasn't released a body of work since 2014's "...And Then You Shoot Your Cousin."

The group is pretty well-known for creative differences in the process of building their albums. Questlove told Jemele Hill in an interview last year that he has a habit of threatening to quit the band altogether when they're producing their albums.

The Roots drummer also confirmed that the group has 263 songs written for "Endgame," and has to whittle them down for their upcoming full-length project.

Black Thought and Danger Mouse's collaborative album "Cheat Codes," will be released on Aug. 12. The album is currently available for pre-order. Check out the official music video below.