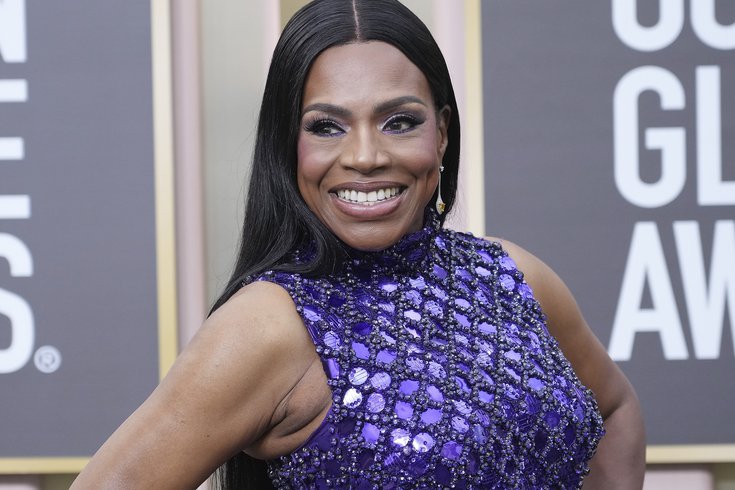 Sheryl Lee Ralph, who stars in the hit sitcom "Abbott Elementary," will perform "Lift Every Voice and Sing" during the Super Bowl pregame celebrations on Sunday, Feb. 12.

The pregame entertainment has been announced for Super Bowl LVII, and whether or not the Eagles end up in the game (based on the results of Sunday's NFC championship against the 49ers) there will be someone for Philadelphians to cheer for.

Sheryl Lee Ralph, a star of beloved sitcom "Abbott Elementary," is slated to perform "Lift Every Voice and Sing" before kickoff at Arizona's State Farm Stadium on Sunday, Feb. 12, according to a statement released Tuesday by the NFL.

On the record-breaking, critically-acclaimed comedy "Abbott Elementary," Ralph plays veteran teacher Barbara Howard, a leader at the Philadelphia public school who, while adopting a no-nonsense persona, cares deeply for her students and fellow staff.

Fresh off her win at the 2023 Critics' Choice Awards for the role, Ralph, 66, took to Instagram to share her excitement for her role in the big game. "Lift Every Voice and Sing," often referred to as the Black national anthem, is a hymn that was written as a poem by NAACP leader James Weldon Johnson in 1900.

"Come on now," Ralph wrote in the post. "Don’t you ever give up on you baby!"

Support came flooding in via comments, including one from Philadelphia native Quinta Brunson, creator and fellow star of "Abbott Elementary," who offered some celebratory hands-raised emojis.

The rest of the Super Bowl pregame lineup includes Grammy winners Chris Stapleton, who will sing the national anthem, and Babyface, who will perform "America the Beautiful." Rihanna was announced as the headliner for the Apple Music Super Bowl Halftime Show in September.

Representing the National Association of the Deaf, Oscar-winning actor Troy Kotsur will perform the national anthem in American Sign Language (ASL). Colin Denny, a deaf Native American, will sign "America the Beautiful," and deaf performer Justina Miles will sign "Lift Every Voice and Sing" and provide the ASL rendition of the halftime show.

The U.S. military will also conduct a flyover of the stadium during the national anthem with female aviators as part of the formation, to commemorate 50 years of women flying in the U.S. Navy.

Ralph, a Connecticut native who has been married to Pennsylvania Sen. Vincent Hughes since 2005, is no stranger to the stage. She was an original star of Broadway's "Dreamgirls," and was nominated for a Tony Award in 1982.

She also showed off her pipes during her acceptance speech at the Emmys in September, when she graced the audience with her rendition of jazz singer Diane Reeves' 1993 song "Endangered Species" and received a standing ovation.

Ralph gave another empowering speech earlier this month while accepting the award for best supporting actress in a comedy series at the 28th Annual Critics Choice Awards.

Philly fans can catch Ralph's performance (and fingers crossed, our home team) during Super Bowl LVII, which will be broadcast live on Feb. 12 at 6:30 p.m. ET on Fox.