The episode has been viewed 10.4 million times since it aired on Sept. 21, making it the network's most watched comedy telecast since April 2020 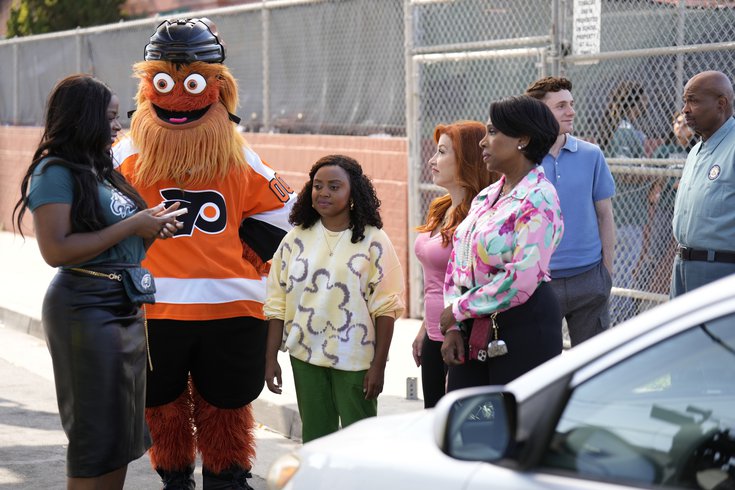 The Season 2 premiere of 'Abbott Elementary,' which included an appearance by Flyers mascot Gritty, has become ABC's highest-rated comedy telecast in three years.

If TV shows received report cards, then it's safe to say "Abbott Elementary" would be at the top of its class.

MORE: M. Night Shyamalan to release another thriller with Universal in 2024

After 35 days of multi-platform viewing, the episode, which aired Sept. 21, now boasts a 4.12 rating among the 18 to 49 age demographic. That is 73% higher than Season 1 premiere's 2.38 rating. It is also 623% higher than the episode performed in live and same day viewing.

"Abbott Elementary" stars show creator Quinta Brunson as Janine Teagues, a second grade teacher at a fictional public school in Philadelphia. In the Season 2 premiere, called "Development Day," the Abbott Elementary teachers prepared for the start of a new school year amidst personal struggles. It also included an appearance from Flyers mascot Gritty.

The episode has gained 10.4 million viewers across linear and digital platforms, making it the network's most-watched comedy telecast since the series finale of "Modern Family" in April 2020.

It also is tied with a September 2018 episode of "Modern Family" for the highest delayed-viewing increase of any ABC comedy, having collected an additional 7.5 million viewers. That is more than double the 2.9 million viewers who watched the episode on the day it came out.

The first episode of Season 1 was ABC's first comedy premiere to quadruple its ratings after its original airing after 35 weeks. This season that feat was accomplished in just one week.

The first season introduced the school and its beloved cast of characters. Brunson has said Season 2 will widen the scope to show a bit more of the the teachers' lives outside school.

"More fun is the goal," Brunson told Entertainment Weekly. "And seeing a little more of the outside lives of the teachers. Getting them out of the school a bit more. We had them in the school for the most part last season, and I was excited to get them out this season."

So far, the current season has included a storytelling troupe, cooking lessons, a Halloween episode full of pop culture references, and not-so-subtly flirting between the newly single Janine and Gregory Eddie, played by Tyler James Williams.

The eighth episode of season, "Egg Drop," airs Wednesday, Nov. 16. Hilarity will surely ensue when Janine attempts to get her second grade class involved in an eighth grade science experiment and Barbara is shocked by the clothes worn by a student's parent.

"Abbott Elementary" airs Wednesdays at 9 p.m. on ABC and streams on Hulu.