M. Night Shyamalan to release another thriller with Universal in 2024

The untitled movie will be the Penn Valley native filmmaker's sixth with Universal; His upcoming "Knock at the Cabin" will be released Feb. 3, 2023 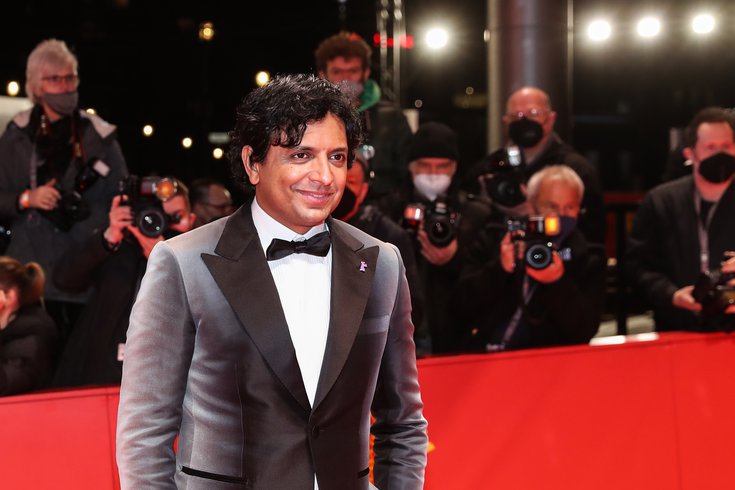 A new M. Night Shyamalan thriller has been dated for April 5, 2024, the weekend after Easter. This will be the Penn Valley native's sixth movie with Universal.

Movie fans have something to look forward to, because a new M. Night Shyamalan thriller has been dated for 2024.

The film is set to be released April 5, 2024, the weekend after Easter, according to Deadline. This will be Shyamalan's sixth movie with Universal.

MORE: Philly-native Jules Bass lives on through Christmas classics, like 'Rudolph,' and their pioneering animation style

The movie will be released during a weekend during which no other wide releases are yet scheduled.

No further information about the film is yet available, but the Penn Valley native filmmaker announced his excitement for the upcoming flick on Instagram.

"Had an idea," Shyamalan wrote in the post. "Pitched it to (Universal Pictures). Feeling incredibly grateful. Inspired by all I work with. Honored to tell you another story in 2024."

The four movies that the 2-time Oscar nominee has released so far with Universal include "The Visit," "Split," "Glass" and "Old." These thrillers have grossed a combined $713M worldwide.

Fans of Shyamalan don't have to wait until 2024 for new mind-bending thrillers. The director's next movie with Universal, "Knock at the Cabin," will be released on Feb. 3, 2023.

"Knock at the Cabin" stars Dave Bautista, Jonathan Groff, Rupert Grint, Nikki Amuka-Bird and Ben Aldridge, and follows a vacationing family as they must make a dire choice regarding the apocalypse after being taken hostage by mysterious strangers. Production on the film took place in South Jersey.

Shyamalan is no stranger to filming his projects in the region. His Apple TV+ horror show "Servant," which will premiere its fourth and final season in January, was filmed in Philadelphia.