The movie premieres on Aug. 25 as part of the Philly comedian's 8-figure deal with the streaming platform 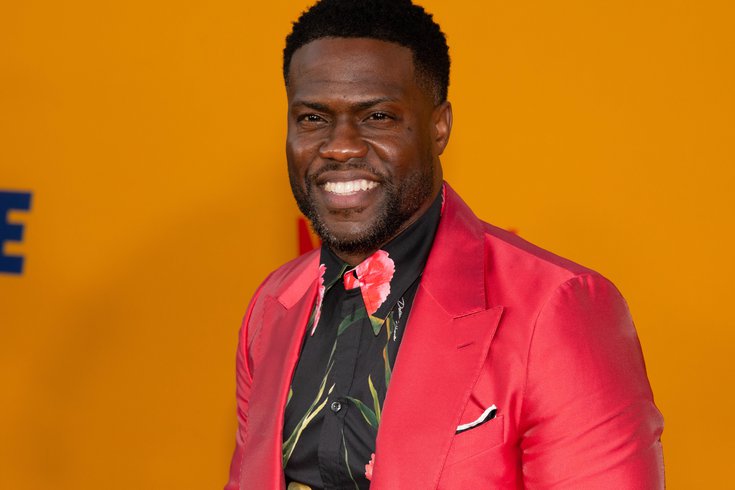 Kevin Hart is set to star in 'Lift,' a heist film coming to Netflix on Aug. 25. The Philadelphia native comedian shared one of the first looks at the film on Instagram Wednesday, urging fans to mark their calendars for his upcoming feature film release.

Kevin Hart fans got one of their first looks at his upcoming Netflix film "Lift," as the Philadelphia comedian shared a promotional photo with fans on Instagram ahead of a release date announcement.

In "Lift," which arrives on the streaming platform Aug. 25, Hart leads an international heist crew on an impossible mission to prevent a terrorist attack. Together, they must pull off a covert operation aboard a Boeing 777 mid-flight from London to Zurich. Hart's character, a master thief, is recruited by his ex-girlfriend along with the FBI to orchestrate the stunt in the action-packed thriller.

In an Instagram posted Wednesday, Hart shared a promotional photo of himself and some of the cast members sitting in an industrial warehouse. The characters are seen standing around with fast food containers, luggage and business suits with a sketch of airplane parts on a dry erase board in the corner. Though the photo doesn't reveal much about the film by itself, it nevertheless excited fans who flocked to the comments to learn more about the upcoming release.

2022 was a big year for Hart. The comedian starred in two films for Netflix, including the buddy comedy "Me Time" and action comedy "The Man From Toronto" alongside Woody Harrelson. He was tapped to produce "True To Size," a Peacock series inspired by his time as a sneaker salesman during the early days of his comedy career, and released a self-help audiobook for Audible.

During that time, he also opened Hart House, a plant-based restaurant in Los Angeles, with plans to eventually expand the project into other parts of the country. Most recently, he joined Meek Mill and Michael Rubin in donating another $7 million to Philly's private and parochial schools, providing scholarships with updated technology to low-income students.

The comedian signed a massive, 8-figure deal with Netflix in January 2021 to produce and star in at least four films for the streaming platform after the successful release of his comedy special, "Zero F**ks Given" in 2020. Since then, he has become a familiar face on the platform, with a dramatic television debut opposite Wesley Snipes in "True Story," and a lead role in the heartfelt comedy-drama "Fatherhood" released in July 2021.

Netflix has yet to release the official trailer for "Lift," though fans can expect a closer look later this year. For now, check out the streaming platform's latest programming preview for a look at "Lift" and other major titles heading to Netflix in 2023, including "You People" on Jan. 27, "Murder Mystery 2" on March 31 and "Heart of Stone" on Aug. 11.