The movie premieres on Aug. 26 and is part of the Philly native's 8-figure deal with the streaming platform 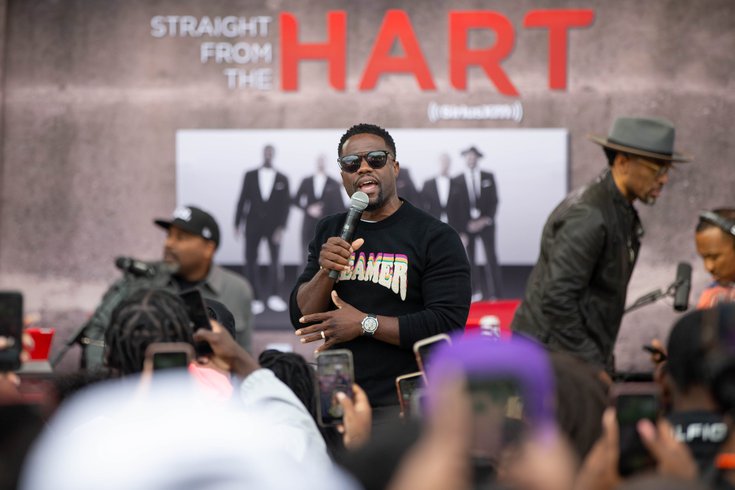 Kevin Hart stars alongside Mark Wahlberg and Regina Hall in 'Me Time,' an upcoming comedy set to premiere on Netflix on Aug. 26. The top streaming platform released an official trailer for the film on Tuesday.

Netflix released the trailer for "Me Time" on Tuesday, an upcoming film starring Kevin Hart and Mark Wahlberg as two polar opposite old college friends who reunite for a "wild" weekend that nearly upends their lives.

The comedy tells the story of Sonny, a stay-at-home dad and husband of Maya, an architect played by Regina Hall. Sonny's old college friend, Huck, invites him to his birthday celebration among a hoard of young partiers. Sonny's wife encourages him to go and an adventurous weekend filled with crazy antics ensues.

The movie premieres on the streaming platform on Aug. 26. Hart shared a first look at the film on his Instagram at the end of April. The comedian posted a screen cap of himself and Wahlberg carrying a turtle across a busy street, along with the caption "so many laughs."

The comedy is the latest project released as part of Hart's 8-figure deal with Netflix. The contract was announced in January 2021 following the premiere of Hart's comedy special, "No F**ks Given." The comedian agreed to executive produce and star in four films through his own media company, HartBeat Productions.

Since then, Hart has starred in several major projects for the platform. The limited series "True Story" showcases Hart in his first dramatic role alongside Wesley Snipes. The show was released just ahead of Thanksgiving.

"Fatherhood," a comedy-drama released in June 2021, stars Hart as a widower having doubts about raising his only daughter by himself. Originally meant for Sony Pictures, the company signed the rights over to Netflix.

"Partnering with Netflix is an amazing opportunity for Hartbeat and myself," Hart told Vulture. "I am really excited to act in and produce cutting edge films for Netflix. This business is about growth and my Hartbeat team continues to exceed my expectation with their ability to develop stories and relationships. Our goal is to make the Hartbeat name synonymous with first class entertainment and narratives."

The Philly native also stars in "The Man From Toronto," an action comedy featuring Woody Harrelson. The film premiered on Netflix on June 24 after the streaming company purchased the rights from Sony Pictures. The movie centers around a case of mistaken identity in an Airbnb.

The restaurant hired former Burger King culinary chef Michael Salem to develop the menu. The comedian has shifted to a largely plant-based diet in recent years, but does not consider himself vegan.

It's still unclear whether the fast food restaurant will expand beyond California, but it's set to open before the end of the summer.

Check out the official trailer for "Me Time" before it premieres on Netflix next month.