Pamela Fryman, who worked on nearly every episode of 'How I Met Your Mother,' has taken the helm of this classic comedy's reboot 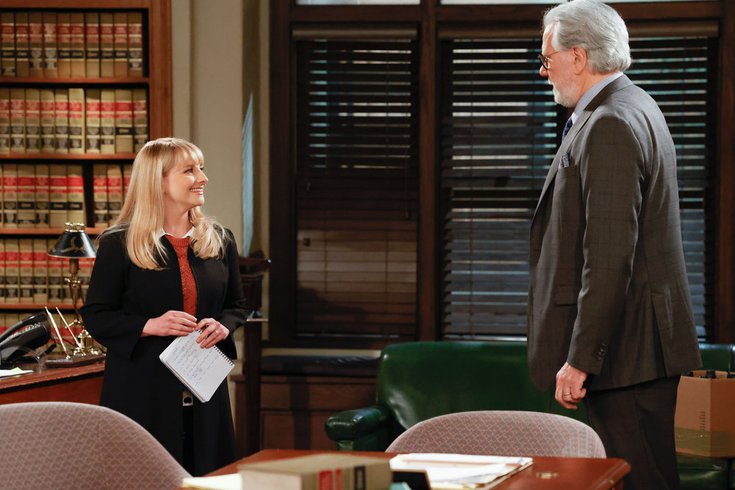 Pamela Fryman, a Philadelphia and Villanova native, directed the pilot of the NBC revival of 'Night Court,' starring John Larroquette and Melissa Rauch. The series, a continuation of the original 1980s sitcom, will premiere on NBC on Tuesday, Jan. 17 at 8 p.m.

More than 30 years after classic courtroom sitcom "Night Court" ended on NBC, a Philadelphia native director is at the helm of its new beginning.

Pamela Fryman, a prolific television writer with nearly four decades in the industry, was tapped to direct the pilot episode of NBC's "Night Court," a continuation of the original series, which will premiere Tuesday, Jan. 17 at 8 p.m. Fryman, a native of Philly and Villanova, is best known for directing all but 12 episodes of long-running CBS sitcom "How I Met Your Mother," as well as a handful of episodes from its recent Hulu spin-off "How I Met Your Father."

After moving from Philly to Los Angeles, Fryman got her start directing for classic daytime soap opera "Santa Barbara," which earned her two Daytime Emmy awards in 1990 and 1991. After turning to comedy writing, she worked on "Fraiser," "Friends" and "Just Shoot Me," all of which were part of NBC's primetime comedy lineup.

Despite the popularity of multi-camera sitcoms — Fryman's format of expertise — waning in recent years, she has remained as valuable as ever, according to the Hollywood Reporter.

For "Night Court," Fryman drew some of her inspiration from the original series, though it's not meant to be a mirror of its original.

"I owe everything that I've got today to the fact that I grew up in Philadelphia," Fryman told the Inquirer. "I'm such a fan of the town. When I was in high school in 1977, I got to be an intern on 'The Mike Douglas Show.' I got to meet incredible people and become enthralled with the entire process. I got to go downtown and see real television being made."

Though Fryman directed the pilot episode slated to air Tuesday on NBC, former "The Big Bang Theory" director Anthony Rich was tapped for a handful of episodes that will air in the upcoming weeks. Fryman is also credited as a producer on at least one episode of the series. The show is run by Dan Rubin, another Philly native, who previously produced and wrote for Netflix original "The Unbreakable Kimmy Schmidt."

The original "Night Court" aired on NBC from 1984 until 1992, starring a cast of quirky lawyers, bailiffs and assorted staff working the graveyard shift at a a Manhattan municipal court. The court was presided over by Judge Harry T. Stone, portrayed by Harry Anderson, who passed away in 2018. Over the course of its eight years on the network, "Night Court" developed a healthy fanbase and was nominated for nearly 50 awards.

Though the show failed to regenerate a similar audience in the streaming age — as seen with "Friends," "The Golden Girls" and "Seinfeld" — the show is arguably best known for its theme song, a jazzy tune by Jack Elliot featuring Ernie Watts, which opened the show with visuals of New York City landmarks and skyscrapers.

As a kid we always had TV Guide on our coffee table. I’d highlight the shows I wanted to watch, #NightCourt of course being one of them. Thank you @tvguide & Jim Halterman for your support of our show. The verdict is in: I will always love you, TV Guide ❤ pic.twitter.com/hquAHeIOlN

The revival brings back one notable character from the original — Dan Fielding, a prosecutor-turned-defense attorney portrayed by John Larroquette — and is set following the death of the show's original protagonist.

On the revival, Judge Harry T. Stone's daughter, Abby Stone, followed in her father's footsteps to preside over the Manhattan arraignment court. Played by Melissa Rauch, an alumna of "The Big Bang Theory," Stone develops a father-daughter relationship with Fielding in the wake of her actual dad's death.

NBC's new "Night Court" premieres Tuesday, Jan. 17 at 8 p.m. Episodes will air on Tuesday evenings before appearing on Peacock on Wednesday mornings. Check out the official trailer below.