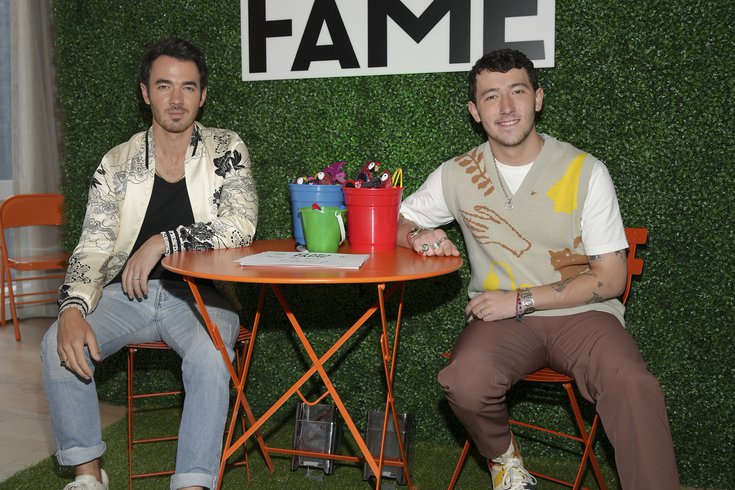 "Claim to Fame," an unscripted ABC series hosted by New Jersey native celebrities Kevin and Frankie Jonas, will return for a second season. The reality competition features cast members, each related to famous people, who must conceal their identities to win a cash prize.

A TV show starring the oldest member of a boyband from New Jersey, his younger brother and a host of non-famous celebrity relatives has been renewed for a second season.

"Claim to Fame," an unscripted ABC series hosted by Kevin and Frankie Jonas, will return for a second season. The reality competition, which premiered last summer, features a cast of lesser-known people related to stars who must conceal their identities — and correctly guess who the others are — to win a cash prize.

Kevin, the oldest brother in the family band known as the Jonas Brothers, and Frankie, the youngest brother who is not involved in the band, took to Instagram to share news of Season 2.

"We are so excited to share that #ClaimToFame is coming back to ABC for SEASON 2," the brothers shared in a joint post.

The premise of the show involves contestants attempting to conceal their famous connections amidst a series of challenges and hints. When one's identity is correctly guessed, they are booted from the show. Cast members stayed in a "Big Brother" style house, where the cameras captured alliances forming and contestants betraying each other in the quest to win their own fame and fortune.

At 22, Frankie Jonas is 8 years younger than the youngest member of the Jonas Brothers, Nick Jonas, who is 30. If he weren't the "Claim to Fame" host, Frankie could likely be a competitor himself. He was often called the "Bonus Jonas," for being the only Jonas brother not in the famous band — a nickname for which his older brothers have since apologized.

Despite not being part of the band, Frankie has made a name for himself in recent years through his popular TikTok account, which currently boasts 1.8 million followers and over 53 million likes.

The Jonas Brothers — the trio made up of Kevin, Joe and Nick Jonas — are keeping busy themselves. While they each have their own entrepreneurial and entertainment-related ventures, they have also teased a new album which would be their second since reuniting for "Happiness Begins" in 2019.

"Claim to Fame" can be watched on ABC or streamed through Hulu.