The actor compared himself to his character on the Netflix series, saying 'I guess I’m more similar to Will than I thought' 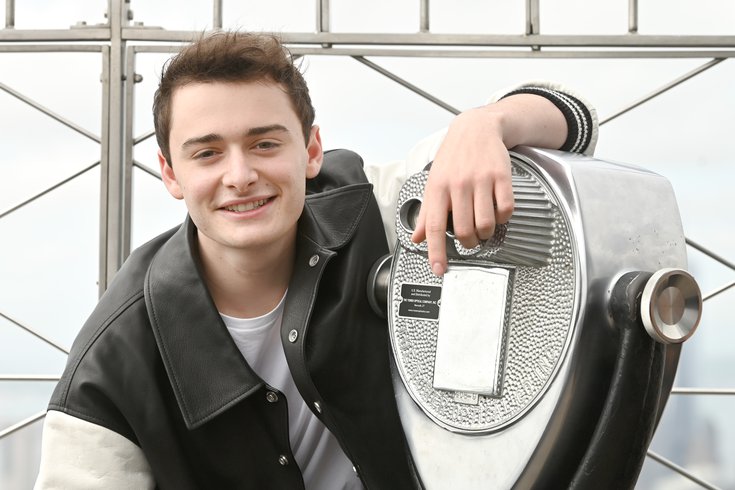 Noah Schnapp, who plays Will Byers on Netflix's 'Stranger Things,' came out as gay in a video on TikTok. Schnapp is pictured above at the Empire State Building in New York City.

Noah Schnapp, the 18-year-old actor who plays Will Byers on Netflix's hit series "Stranger Things," came out as gay in a video he shared Thursday on TikTok.

Schnapp, who is a freshman at the University of Pennsylvania, made light of the announcement to his family, friends and fans. In the video, Schnapp lip-synced to an audio recording of a woman's voice.

"You know what it never was? That serious. It was never that serious," the voice says. "Quite frankly, will never be that serious.”

In a caption on the video, Schnapp wrote, "When I finally told my friends and family I was gay after being scared in the closet for 18 years and all they said was 'we know.'"

In another caption, Schnapp wrote, "I guess I’m more similar to Will than I thought."

Season four of "Stranger Things" revealed a major character development for Will, who struggled with his sexual orientation and the unrequited love he felt for his best friend in the show, Mike Wheeler. Though Will's status had remained ambiguous for much of the series, the episodes released last summer dealt with the subject more overtly. There was a poignant moment of recognition by Will's older brother, Jonathan, that unfolded without Will explicitly stating, "I'm gay."

The series, largely set in Indiana in the 1980s, unfolds in a much different and less welcoming environment for a teen to come out than Schnapp encountered in 2023.

Before coming out, Schnapp talked to Variety about playing a young, gay character at a time of life when many people are working out their own identities.

"I think it's all just part of the challenge of acting," he said. "Like, yes, it has been a challenge, but I think it's just been fun to be able to step into his shoes. Because I really have to take into account, like, this isn't just a single layer thing of he's struggling with coming out."

Schnapp, who grew up in Scarsdale, New York, moved into Penn's campus last August and shared a photo together with a fan in University City. Schnapp previously had shared a viral video of the moment he received his acceptance letter to the Ivy League university.

This video of Noah Schnapp learning he got accepted to college is the purest thing in the world. Congrats Noah!! 👏 pic.twitter.com/uJRZGueizw

The fifth and final season of "Stranger Things" is expected to begin production later this year. The Duffer brothers, the series creators, began writing in August and teased a script a few months later. A timeline for the debut of the last season isn't yet known.