Noah Schnapp, who plays Will Byers in the hit Netflix show, plans to study business and live in the dorms with other freshmen 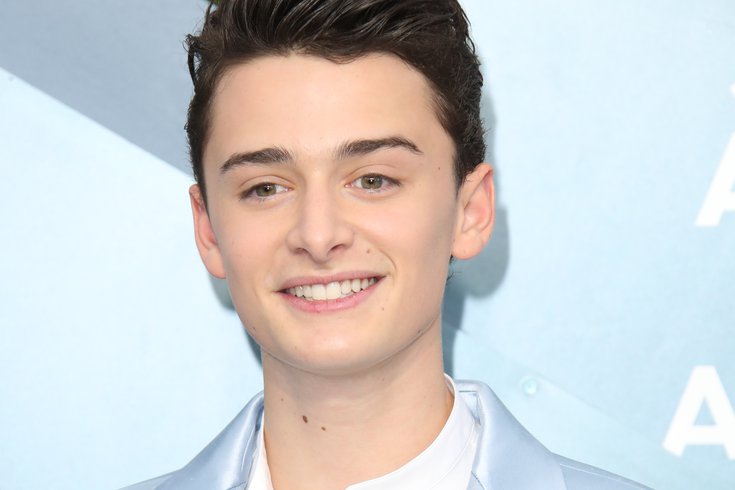 Noah Schnapp, star of 'Stranger Things,' was seen moving into the dorms at the University of Pennsylvania, where he is enrolled as a freshman business major. Schnapp plays Will Byers on the hit Netflix show, which is set to end at the conclusion of its fifth season.

As students flock back to Philadelphia colleges to begin a new school year, a Netflix star has appeared among their ranks, as expected

Noah Schnapp, otherwise known as paranormally-affected teen Will Byers in the hit Netflix show "Stranger Things," was spotted at University of Pennsylvania during freshman move-in this week.

MORE: Kevin Jonas spotted in Ocean City while on vacation with family

On Wednesday, the 17-year-old Scarsdale, New York, native was posted on Instagram smiling with a fan on campus.

The caption references Hawkins, the fictional "Stranger Things" town in Indiana where Schnapp's Byers lived full-time for the first three seasons of of the show.

Schnapp was seen during freshman move-in at the Ivy League school, which took place Monday through Wednesday. Returning Penn students move in Friday.

The actor posted a Tik Tok back in December reacting to the news he had been accepted at the university. The video shows Schnapp and his family huddled around a computer screen as he clicks an email to find out his fate. Upon learning he's in, Schnapp jumps up and down and hugs his family. "#UPENN2026 BABY," he captioned the since-deleted video.

Netflix congratulated its star on his acceptance by reposting the video on its official Twitter page.

This video of Noah Schnapp learning he got accepted to college is the purest thing in the world. Congrats Noah!! 👏 pic.twitter.com/uJRZGueizw

Schnapp is not the only "Stranger Things" cast member going on to higher education. Millie Bobby Brown, who plays the all-powerful Eleven, will begin studying human services during the fall semester at Purdue University. She is taking classes online.

Schnapp is also pursuing a non-acting major: He will study business.

"Acting was just kind of repetitive, and I wanted to try something new," Schnapp said in an interview earlier this month with Flaunt magazine. "Millie (Bobby Brown) is doing the same thing with her schooling – she's kind of learning about other things. I thought it would make more sense to do something different. And business was a pretty clear next thing for me."

Schnapp already has one entrepreneurial side gig. He is founded snack brand TBH. The company started in late 2021 and currently sells one product, which it bills as a more healthy and environmentally sustainable version of the cocoa-hazelnut spread Nutella.

Along with studying business, Schnapp will be immersing himself into the Penn community by living in a dorm with his fellow students from the class of 2026, he told Flaunt. He also said, like many other Penn freshman, he just wrapped up his summer job. No, not on the set of "Stranger Things." The show's writers still are working on the script for the Season 5 of the record-breaking Netflix hit.

Schnapp has spent the summer poolside, working as a lifeguard. "It's kind of a 'just for fun thing,'" Schnapp said.

His move to Philly puts him relatively close to the hometown of on-screen pal, Gaten Matarazzo, who was raised and went to high school in Little Egg Harbor Township near the Jersey Shore.

The fourth season of "Stranger Things" was released earlier this summer in two epic volumes, and its fifth season will be the show's last. On Aug. 2,  the show's writers tweeted a photo of blank whiteboard, which suggests Schnapp will have some time to enjoy the college life in Philadelphia before he must once again don Will Byers bowl cut and battle again with the horrifying Vecna.