Kevin Jonas spotted in Ocean City while on vacation with family 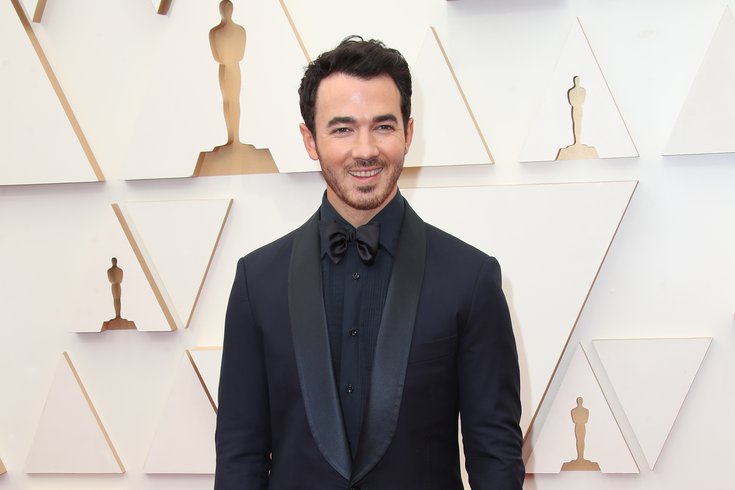 Famous boybander from New Jersey, Kevin Jonas, has been spotted around Ocean City, NJ, recently while on vacation with his family.

Looks like the oldest brother from one of the world's most popular boybands is a "Sucker" for the Jersey Shore.

Jonas Brothers star Kevin Jonas was seen throughout Ocean City over the past few days while on vacation with his family. He was spotted strolling along the boardwalk and even getting a tooth fixed at a nearby dentist's office.

MORE: Iggy Azalea spotted at skating rink in Camden ahead of concert with Pitbull

On Tuesday night, Jonas was photographed with fans in a store on the boardwalk. User @emilyrachelmac posted the picture, which she said was taken by Kevin's wife, Danielle.

Another Twitter user laments having just missed the celeb at a restaurant.

The fact that Kevin Jonas is in ocean city eating a restaurant I ate at mere days ago is simply unfair!!!

Despite being a star who travels the world, Jonas is no stranger to New Jersey.

The Jonas Brothers – Kevin, Joe and Nick – were born in Wyckoff, Bergen County and first formed their pop-rock band in 2005. The group skyrocketed to fame with appearances on the Disney Channel, including the 2008 movie "Camp Rock" and hit songs like "S.O.S." and "Burnin' Up."

After a breakup in 2013 to pursue solo projects, the brothers reunited for the 2019 album "Happiness Begins," featuring hit single "Sucker." The song became the band's first number one single on the Billboard Hot 100.

In 2019, the Jonas Brothers embarked on their worldwide "Happiness Begins" tour, which featured stops in Philadelphia and Atlantic City. The band's "Remember This" tour started in 2021 and featured a stop in Camden. It will move along to Mexico on Aug. 29.

Kevin and Danielle married in 2009 and the pair has two young daughters, Alena and Valentina. The couple starred in the 2012 E! Network series "Married to Jonas" and have also published children's books together. Kevin currently hosts the ABC reality series "Claim to Fame" with youngest Jonas brother, and non-band member, Frankie.

During his beach vacation, it seems Jonas experienced a bump in the road – just like us non-celebs often do.

Jonas posted an Instagram story of himself reclined with dental equipment in his mouth.

"When on vacation and you break a tooth...... awesome," he wrote over the photo.

Seaview Dental Arts, located in Galloway, posted a screenshot of the story on Monday.

"Not only a great talent but also an ideal patient! What a pleasure to have you as our patient," the dentist's office raved on Facebook.

Thankfully, Jonas' tooth seems to have healed up enough to enjoy a Philly-favorite meal. On Tuesday, he posted a photo on his Instagram story of a restaurant located in the Promenade Food Court on the Ocean City Boardwalk. 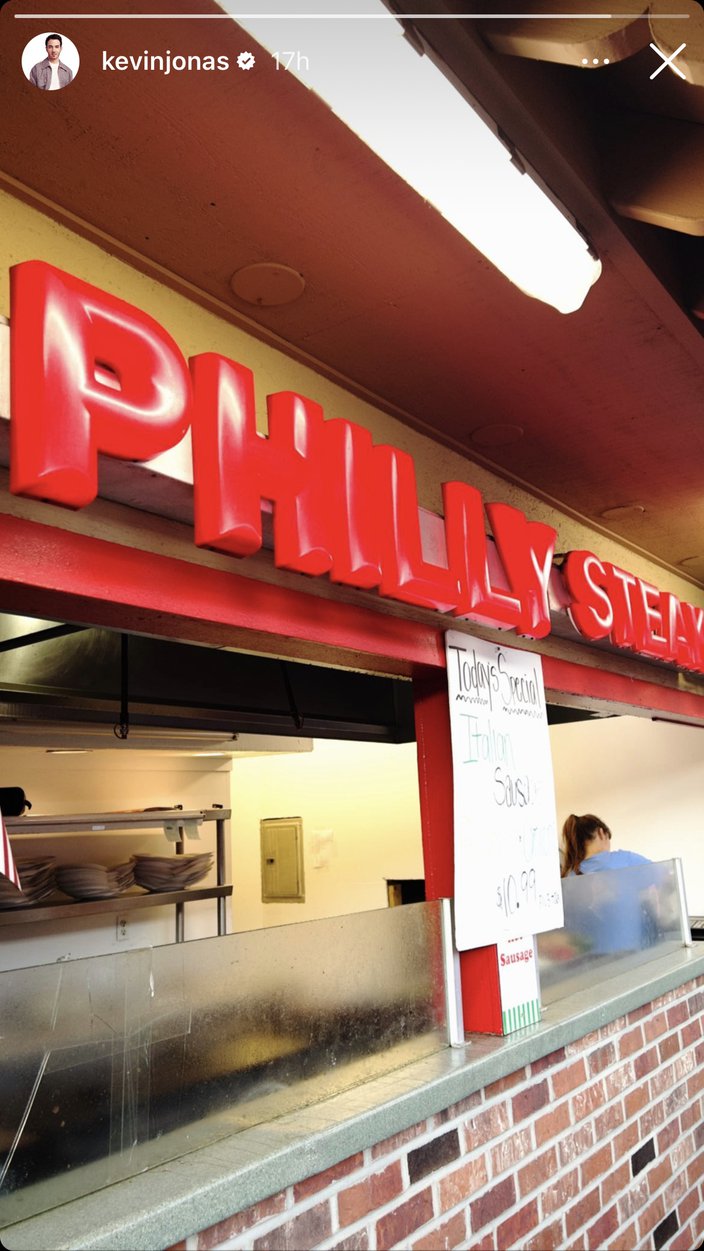 The musician has been spotted in the shore town before; in July 2019 he took photos with fans on the boardwalk.

.@KevinJonas and his family were spotted on the Ocean City, NJ, Boardwalk this weekend. They bought ice cream and took pictures with fans. pic.twitter.com/Uf9iQZXgbF

Maybe it's no surprise that the New Jersey native choose Ocean City, which has dubbed itself "America's Greatest Family Resort." Along with its award-winning beaches, the town features a sprawling boardwalk full of iconic food options, arcades, shops and amusement parks.

So, if you're down the shore on your own vacation this week, don't send out an "S.O.S" if you see this famous face. We just hope Jonas and his family aren't "Burnin' Up" in the late summer heat!