These are the ten 'Best Value Colleges' in Pennsylvania 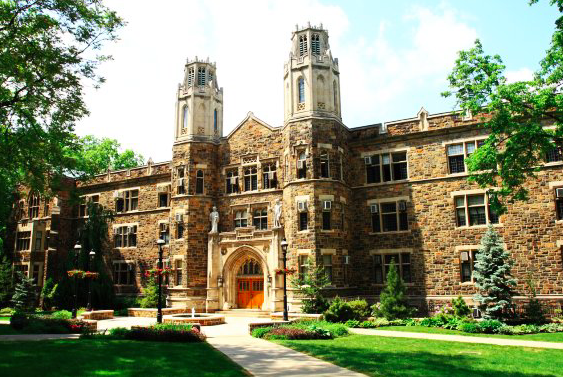 As students around the country arrange their dorm rooms and embark on their college education, a new report from personal finance analyst SmartAsset offers a stark breakdown of which schools in Pennsylvania deliver the best overall value — from tuition and living costs to starting salary.

The report starts with the premise that American students and graduates are inundated by outstanding loan debts. Nationally, the average is $28,400 for an average monthly payment of $297. Depending on the interest rate — 4.66 percent over ten years, for example, amounts to $35,583 in total — the full payout increases significantly.

It's only gotten worse over the last decade. In 2006, outstanding student loan debt in the U.S. stood at $509.26 billion. By 2014, that was up to $1.274.56 billion, according to the Federal Reserve Bank of St. Louis. Even more alarming, the Wall Street Journal reported earlier this year that more than 40 percent of Americans with outstanding federal student loan debt are not making payments.

SmartAsset provides a loan calculator to assist with loan decisions and advises students to take advantage of several federal programs that can help finance an undergraduate or graduate-level education.

"The important thing is to know in advance what you’re getting yourself into," the report authors emphasize.

Here are the report's top ten value schools in Pennsylvania. (Note: SmartAsset's methodology weighted tuition, living costs and starting salary at 25 percent each. Scholarships and grants and student retention rate were weighted at 12.5 percent each. Where possible, in-state tuition rates were applied to the analysis). 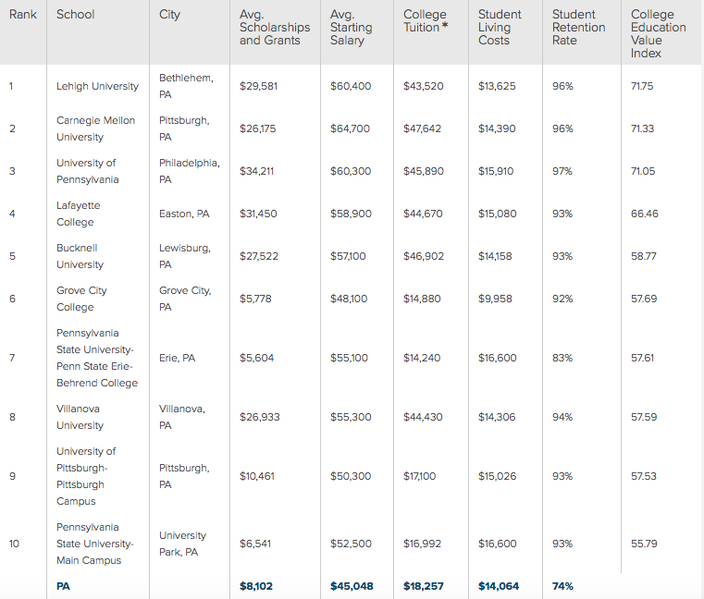