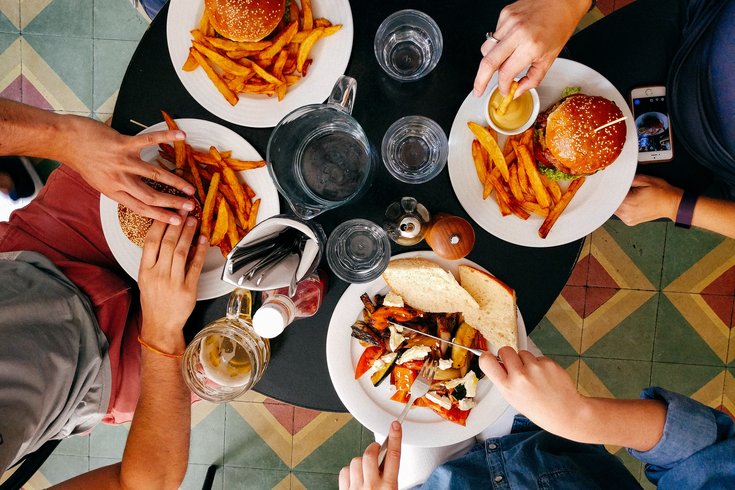 Choose a place to go for Restaurant Week with friends.

The biggest thing happening this weekend is the Eagles versus Saints game on Sunday. Eyes will be glued to the TV beginning at 4:40 p.m. (Find Eagles coverage here). Before then, though, there's plenty to keep you occupied.

This weekend is the beginning of Restaurant Week, and the end of Philly Loves Bowie Week. Plus, the Philly Home Show is in town, there's a comedy show at Yards Brewing Co. and the Franklin Institute has a deal for those affected by the partial government shutdown.

Saturday and Sunday, federal employees can visit the science museum for free, and can bring up to three guests. Just make sure to show your government ID to take advantage of the deal.

Have you made a reservation for Restaurant Week yet? It starts Sunday, and more than 100 restaurants are participating.

The full list of restaurants can be viewed here. You can search by name or cuisine.

The Philly Home Show returns to the Pennsylvania Convention Center for two consecutive weekends this January.

If you're looking for interior design inspiration or helpful home improvement tips, this is the place to go. And if you wear your Eagles gear Sunday, you'll receive $5 off admission at the door. The price for adults is $13, but those supporting the Birds will only pay $8.

Tickets include two beers. VIP tickets also include a brewery tour and food.

Ice skate to Bowie music. Get your face painted like Ziggy Stardust. Watch "Labyrinth" in The Lodge, as well as concert footage.