The driver of the SUV was identified 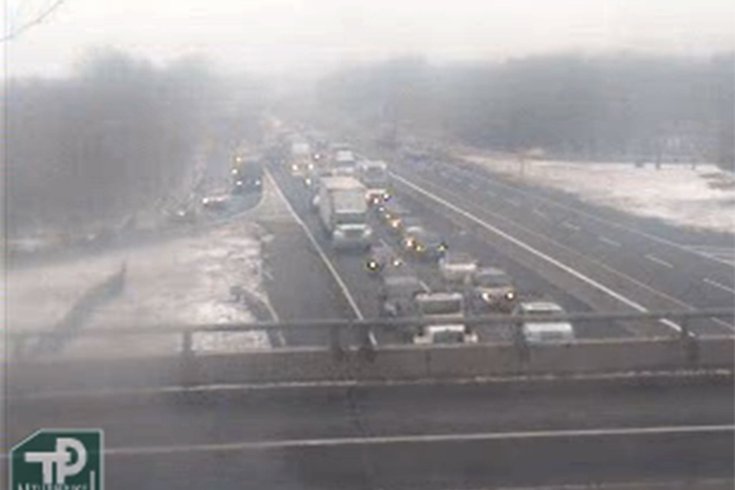 Traffic is backed up in the southbound lanes of the New Jersey Turnpike at 9 a.m. Thursday after a fatal crash.

Police have identified one of three adults who died following a crash Thursday morning on the New Jersey Turnpike in Cherry Hill.

Police identified Segundo Romero, 45, as the driver of an SUV involved in the crash.

The crash occurred around 7:30 a.m. in the southbound lanes, just south of Route 70, after the driver lost control of his Jeep Grand Cherokee, causing it to veer off the roadway and into trees, state police said.

The victims’ identities have not yet been released, and the cause of the crash is under investigation.