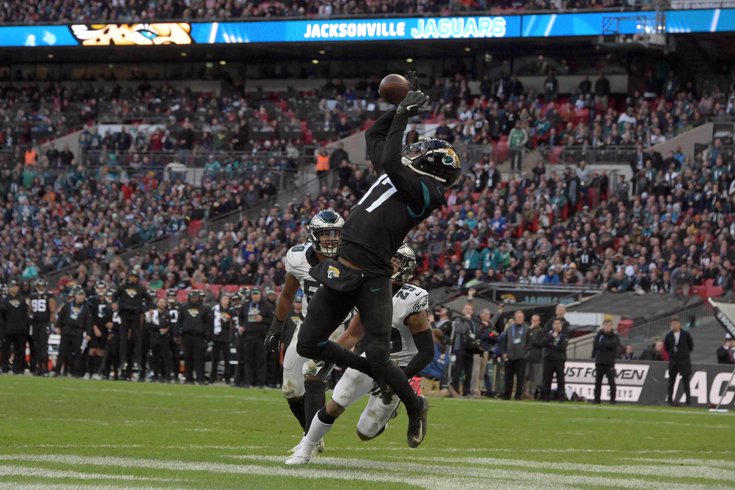 Last offseason, the Philadelphia Eagles were forced to sit out the fun part of NFL free agency, as they were mired in "salary cap hell." In 2022, the Birds still face challenges in becoming cap healthy once again, but with the salary cap expected to rise substantially in 2023, they can be a little more aggressive in adding talent on the open market.

Here are three likely medium-priced free agents that I believe make sense for the Eagles.

The Seahawks selected Penny in the first round of the 2018 NFL Draft, and he has missed 28 games over the last four season. He sounds like an Eagle already!  His list of injuries since entering the NFL:

• 2019: Missed three games early in the season with a hamstring injury.

• 2020: Missed the first 13 games of the regular season while recovering from his 2019 torn ACL. He returned for the final three regular season games, but missed the Seahawks' wild card round matchup against the Rams.

• 2021: Injured his calf in the Seahawks' win over the Colts Week 1. He missed the next five games.

So why should the Eagles even consider signing this guy? Well, with the Seahawks' season basically in the toilet down the stretch and few paying attention, Penny absolutely went off in the Seattle's final five games of 2021:

Penny's running style is also a great fit for the Eagles' offense. He's a power back at 220 pounds, who runs with excellent energy. He has good vision, and his short, choppy steps allow him to follow his blocks as they develop down the field. He also has 4.46 speed, and can run away from defenders. He's basically a younger, souped up Jordan Howard with more explosiveness and big play ability. A look:

This may sound like a bit of hyperbole, but if he can run like that over the course of 17 games, Penny is an All-Pro player.

There's risk in signing him, because you don't know if he will stay healthy, but Penny is a potential home run, short-term results kind of signing who can help take the Eagles' rushing offense to an even higher level.

In May of last offseason (long after the meaty part of free agency concluded), the Eagles hired former Jaguars GM Dave Caldwell to a "personnel executive" position, and his influence was clear, with the Birds' trades for QB Gardner Minshew and CB Josiah Scott.

The Jaguars free agent who I think makes sense for the Eagles this offseason is Chark, a 6'4, 198-pound former Pro Bowl receiver who Caldwell selected in the second round of the 2018 NFL Draft. In addition to his large catch radius, Chark is an impressive athlete who ran a 4.34 40 and posted a 40" vertical jump at the 2018 Combine.

Chark has down-the-field big play ability and is also a threat in the red zone. A highlight reel from 2020, working with a combination of Minshew and other quarterbacks like Jake Luton and Mike Glennon 🤮:

So why would Chark only be sort of a medium-priced free agent? After his Pro Bowl season in 2019, his numbers fell off a bit in 2020 while working with some bad quarterbacks, followed by a 2021 season during which he missed 13 games with a broken ankle.

Chark would be a nice complement to DeVonta Smith and Quez Watkins.

I guess this suggestion is somewhat dependent on who the Eagles' defensive coordinator will be in 2022, but if Jonathan Gannon does not get a head coaching job elsewhere and returns to the Eagles, Nwosu would be a nice fit in the Eagles' SAM linebacker role.

Nwosu was an effective pass rusher for the Chargers in 2021, totaling 40 tackles (8 for loss), 5 sacks, 17 QB hits, 2 forced fumbles, 4 pass breakups, and an INT. He also has the ability to occasionally drop into coverage. He would be an upgrade on a guy like Genard Avery across the board (as a pass rusher, run defender, and in coverage), and would allow Gannon to feature the SAM role with more frequency in his defense.