How well do you know 'Love Actually'?

Put your knowledge to the test with Quizzo and screening 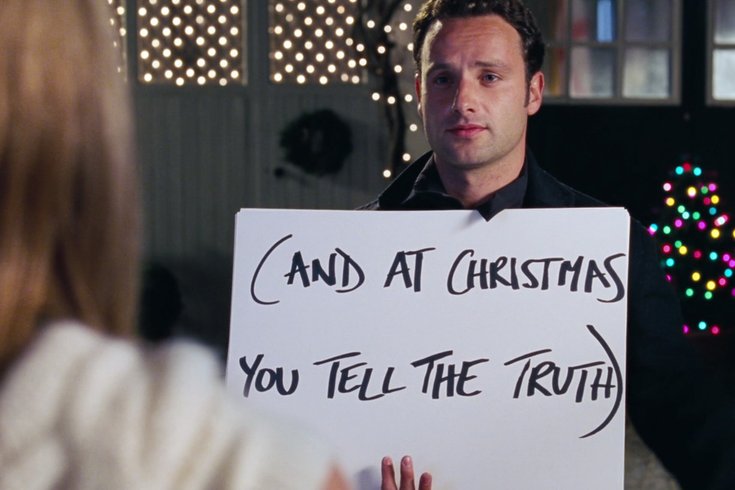 "Just because it's Christmas – and at Christmas you tell the truth – to me, you are perfect."

Are you someone who believes "Love Actually" is the greatest modern Christmas movie?

Did you get even more excited about the royal engagement when you realized Prince Harry and Meghan Markle look (kind of) like the gown-up versions of Joanna and Sam?

Do you believe at Christmas you tell the truth?

If you're a "Love Actually" superfan and want to test your movie knowledge, get a team together and prepare for Quizzo on Thursday, Dec. 21.

The Philadelphia Film Society hosts Throwback Thursday Quizzo at the Prince Theater each month. PFS chooses a popular film from the past to quiz attendees on, then screens the movie after the trivia game.

At the end of the night, Quizzo winners receive prizes.

December's pick is the 2003 romantic comedy which follows the lives of eight very different couples during the holidays. Emma Thompson, Keira Knightley, Liam Neeson and Hugh Grant are only a few of the famous faces who star in the flick.