The clip is part of a paid partnership with the toy company, who says that young Philadelphians helped with the design 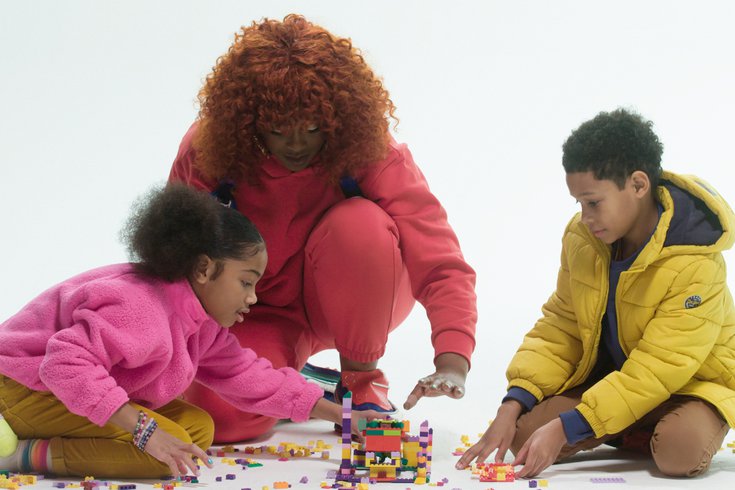 Rapper Tierra Whack released a music for her new song "Link" on Tuesday, as part of a paid collaboration with the LEGO toy company.

Tierra Whack released another eye-catching music video on Tuesday, this time for her new song "Link," as part of a collaboration with the LEGO toy company.

The partnership seems fitting, since the North Philly rapper — who already has released songs titled "Hungry Hippo" and "Dora" — is known for her whimsical taste, both in her music and in her clothing style.

The video for "Link" takes the artist to another level, by inviting kids to come up with concepts using LEGO toys.

According to LEGO, Whack and music video director Cat Solen worked with "a group of 6- to 9-year-olds to create a whacky new world full of surprise and intrigue for the music video."

The children were even from Philly, the company said, where Whack — who still refers to herself as "a kid from North Philly doing the impossible" — grew up.

The now 25-year-old "Peppers and Onions" singer is still based in the city and gave a shoutout to the celebrated comic book store Amalgam Comics & Coffeehouse in East Kensington last month.

For her most recent Philly-themed project, Whack's young collaborators sat down with her, which you can see in LEGO's video of the project, and the school-aged kids suggested ideas to appear in the video, from rockets to hummingbirds to castles.

The result was a space-themed adventure, including a set made from 147,693 LEGO bricks. Watch the video below.