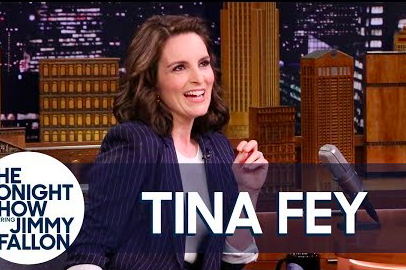 Delaware County's native daughter Tina Fey has been pretty busy with the "Mean Girls" musical and sheetcaking herself into oblivion.

The latest we've heard of new projects from Fey revolves around the Netflix movie "Wine Country," an ensemble comedy starring Fey, Amy Poehler, Maya Rudolph, Rachel Dratch, Ana Gasteyer and Paula Pell. A group of friends journeys to California for a 50th birthday party and they all get annihilated, from the looks of it.

But there's also been a rumor going around that Fey may look to reprise her Liz Lemon alter-ego for a reboot of the NBC classic "30 Rock."

The legacy show, which ran seven seasons from 2006 to 2013, is about as due for a revival as any other sitcom or movie that will inevitably resurface.

If ABC's success with the new "Roseanne" is any indicator of where to go, NBC should probably greenlight this idea ASAP.

Jane Krakowski, another "30 Rock" alum, recently floated the idea of a reboot while supporting Fey during a red carpet event for the opening night of "Mean Girls" on Broadway.

"We all say over and over again that working on that show was probably the best experience we're ever going to have in our careers, as far as creativity goes," Krakowski told The Hollywood Reporter.

Krakowski still works with Fey on "Unbreakable Kimmy Schmidt," which is currently heading into its fourth season on Netflix.

Earlier this week, Fey finally addressed the rumors during an appearance on "The Tonight Show Starring Jimmy Fallon." She took the blame for the rumors by admitting she must be "thirsty for internet attention," just like everyone else.

"We would never do a straight reboot because that would be too easy," Fey said. "So like, I don't know, we try to think of a way to do something—what should we do, like a prequel that's like 'Muppet Babies' or set in a dystopian future where there's a lot of robot sex."

At least she's brainstorming. If anything moves forward, she's promised Fallon that he will be the first to know.

Here's what will really make you feel better today.