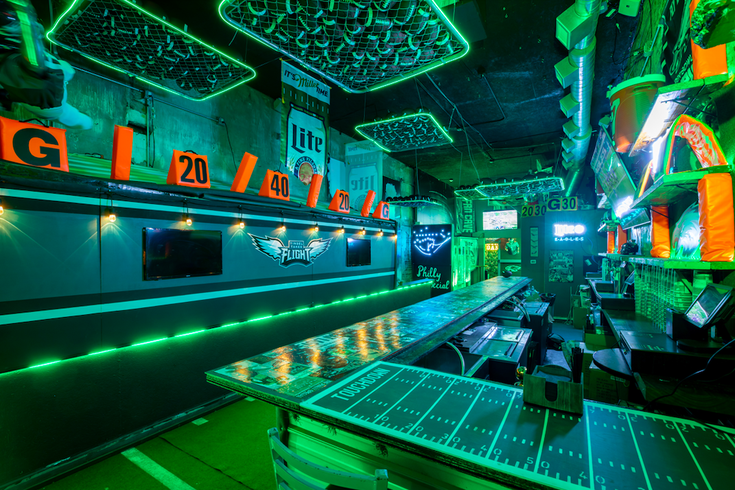 A popular Philly bar has traded in its Halloween and Christmas decor to "bleed green" during the playoffs, which begin for the Eagles when they play the Giants on Saturday at 8:15 p.m.

"There's never been a better time to be a Philly sports fan and we want to celebrate that energy and excitement," owner Teddy Sourias said in a release. "We want to bring the best sports fans in the world together in one place to support our city."

The bar, known for its holiday pop-ups, has been transformed with Eagles-themed memorabilia, original art installations, murals, photo opportunities and light installations. There are also six new TV installations for fans to watch the games, including a giant 100-inch television, and the sound will be on during Eagles games.

Fans can enjoy Eagles-themed cocktails, aptly named "Hurts So Good," "Swole Batman," "Philly Especial" and "Philly, Philly." Seasonal draft and canned beers, including Free Will Brewing's "Dreams and Nightmares," will also be available. Drinks will be served in keepsake glassware.

Throughout the duration of the playoffs, Tinsel Takes Flight will be open Monday through Friday from 4 p.m. to midnight, and Saturday to Sunday from noon to 2 a.m. There will be a $5 cover charge starting at 8 p.m. on Fridays and Saturdays.