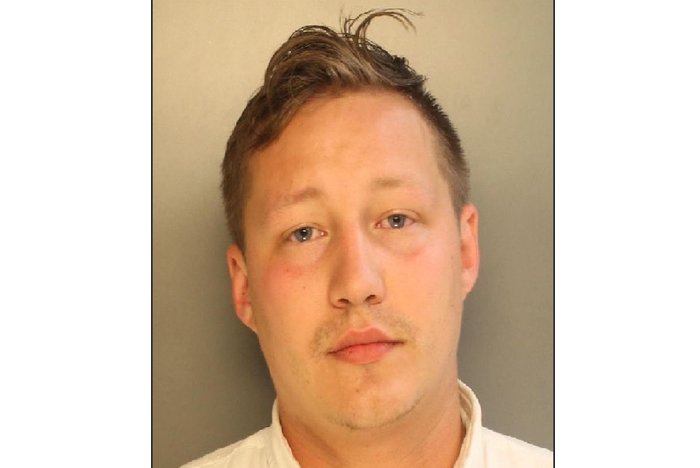 Ryan Foster, 25, of South Philly is believed to have vandalized 19 vehicles on South Street, according to the Philadelphia Police Department.

A South Philly man was arrested after police said they found him puncturing the tire of a Mercedes Benz on South Street early Wednesday morning.

Police believe 25-year-old Ryan Foster allegedly vandalized a total of 19 vehicles on South Street, according to a release from the Philadelphia Police Department.

Foster is charged with felony criminal mischief, and misdemeanor possession of an instrument crime.

Officers responded to a radio call just before 4 a.m. Wednesday morning. When they exited their vehicle, officers found Foster holding a knife, and could hear the hiss of air leaving the tires of vehicles on the block, police said.

Some South Street residents woke later Wednesday morning to discover their tires had been slashed :

Multiple people woke up to slashed tires on south street between 19th and 18th.

Police tell me they caught whoever did this. @NBCPhiladelphia pic.twitter.com/fTJMa7KceV

Foster was taken into custody without incident, according to police, and was transferred to Methodist Hospital to be treated for a hand injury.